The "Wassup" "Wassail" Edition OTB Caption ContestTM is now over.

The “Wassup” “Wassail” Edition OTB Caption ContestTM is now over. 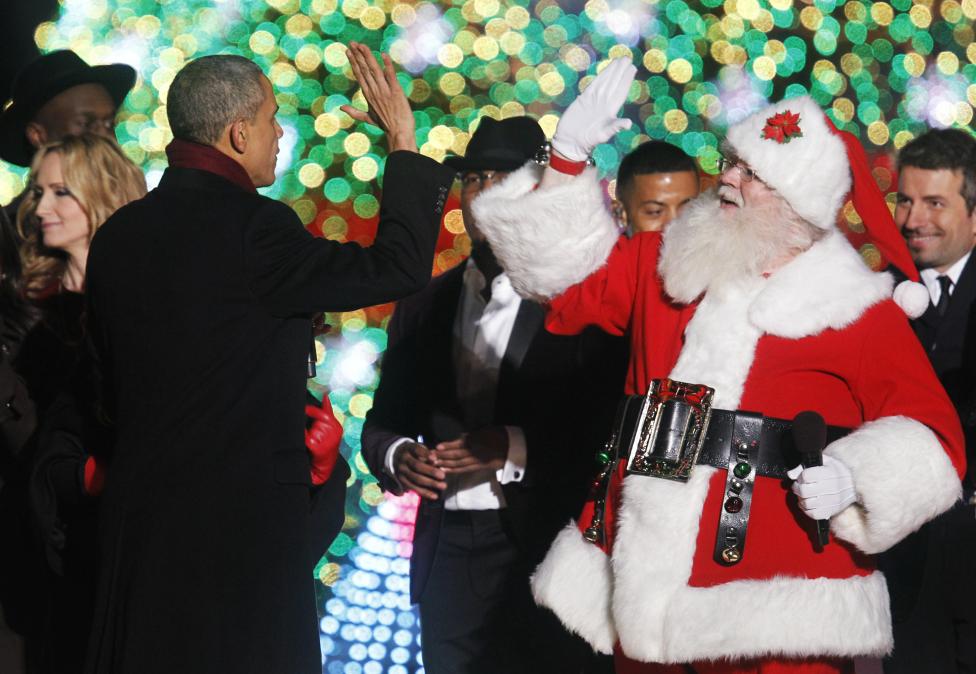 Third: Tony W – The President and Santa celebrate a moment after Mr. Obama learns what Speaker Boehner is really getting for Christmas.

Mu – “I bring cheers and gifts to the people. How about you Santa?”

Mark Ryan – “Glad you can join us in blocking the entrance to this mall, Santa!”

Pinky – “Now, Daschle, Emanuel, Cantor, and Clinton!
On, Cotton! On, Schumer! On, Boehner and Nixon!”

“So how did you get in Santa? The Secret Service blocked the Chimney.”
“I just jumped the fence and ran across the lawn.”

…and with that the deal on elf amnesty was a lock.

Obama: “…and at your toy factory you won’t have to pay for ObamaCare on the illegal aliens I just granted amnesty to.”