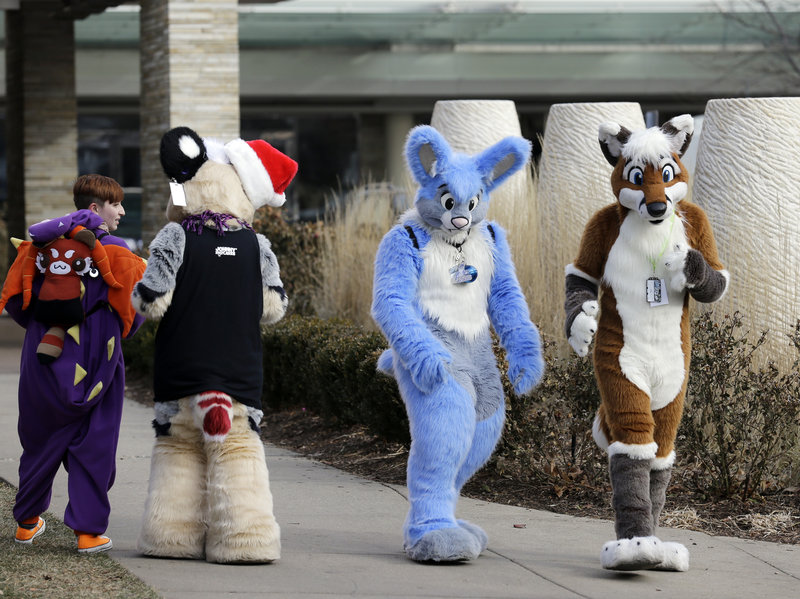 First: OzarkHillbilly – Ever since Obama became President, being a “CIA interrogator” just ain’t the same.

Third(tie): Mu – “Walk upright, he said. Adapt. But they’re still staring at me.”

Third(tie): al-Ameda – “Wait a minute, if I’m the Eggman, and you’re Walrus, then who the hell are they?”

Tillman – “Hey Bob, have you heard anything about rectal hydration?”

JWH – With extremist wings of their parties solidly against compromise, President Obama and House Speaker John Boehner negotiated the omnibus bill in the one place where no one would ever look for them.

Hal_10000 – Come to think of it, has anyone seen Rick Santorum and Mike Huckabee lately?

John425 – Costumed protesters headed for a pro-gun hunter’s rally are in for a big surprise.

Stormy Dragon – The skunk furries were not invited back the following year.

Franklin – First rule of being a mascot: Never take off your head in public!