The Mellow Yellow Edition OTB Caption ContestTM is now over.

The Mellow Yellow Edition OTB Caption ContestTM is now over. 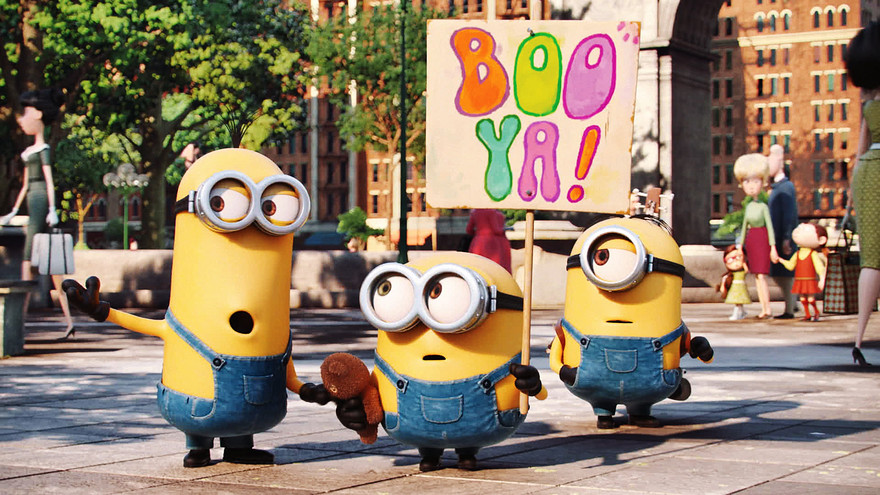 First:Pinky – Moments later, they were hit by a car, and the street ran white with creamy filling.

Second:Moosebreath – We need only 7 more to have a Minion minyan.

Third:DrDaveT – Why did the minion cross the road? To get to the punch line.

OzarkHillbilly – The KKK’s new garb just doesn’t have the same effect as the old robes and hoods.

CSK – As Donald Trump will be glad to tell you, even his suppositories are the biggest and the best.

Tony W – Rush Limbaugh, having several years ago overcome the prescription drug problem that haunted him for many years, had the weirdest dream where the pills actually came to life. They seemed to be as confused as he was.

Tillman – “Over there! A man whose head is being devoured by a ferret!” “That’s Trump, Fred.

EddieInCA – All the people at a Trump rally, about five weeks from now.

Hey! We’re not a paramecium, there’s three of us.

“First I tells The Donald that all Mexican illegals are rapists, then I tells him that McCain wasn’t a war hero. It’s like I think it here and it comes out there.”
“BOO YA”
“OOO OOO, I got one…” 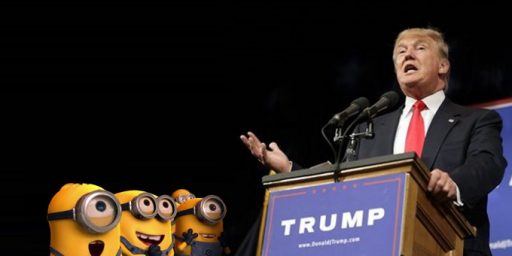