The Reddy Kilowatt Edition OTB Caption ContestTM is now over.

The Reddy Kilowatt Edition OTB Caption ContestTM is now over. 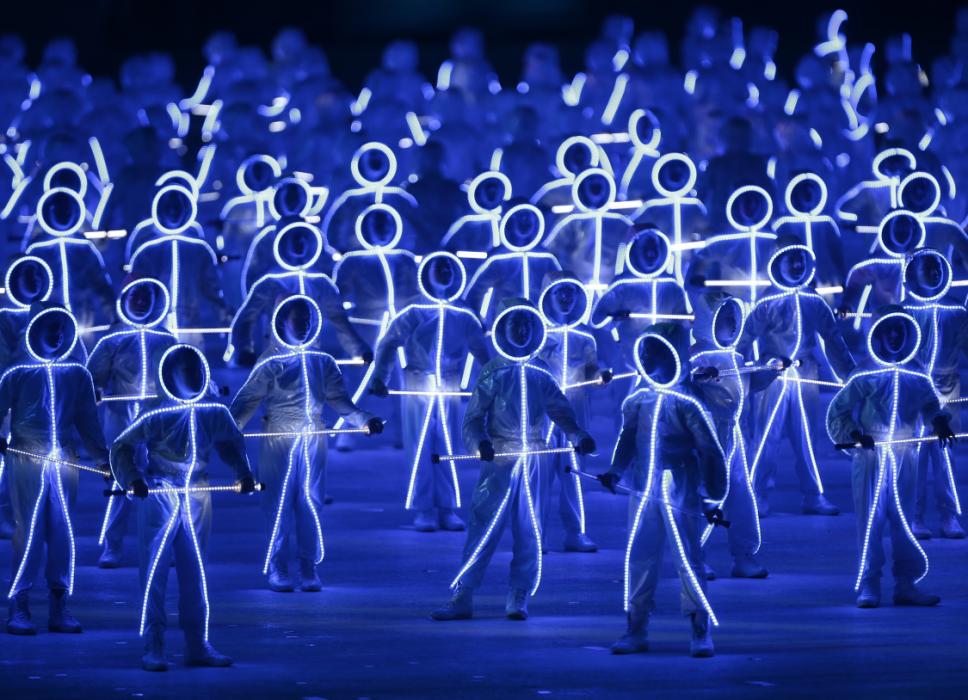 Second: DrDaveT – The xkcd world dance tour was a huge success, but the dancers complained bitterly about bruises from the non-stop mouse-overs.

Third: EddieInCA – Survivors of a recent “Game of Hangman” convention gather to discuss ways of avoiding the noose.

Pinky – “I Found a Blood Stain”, from CSI: The Musical

grumpy realist – Tron III was NOT a success, much to the surprise of those who invested all their bitcoins in the project.

RockThisTown – All dressed up and everywhere to glow

Paul Hooson – That Super Bowl ad was pretty spectacular, but sadly, what they had to sell were rectal thermometers

OK, here’s one. How many lightbulbs does it take to change a baby?

The expectation for the XKCD episode of Glee far exceeded the actual event.

“She’s got phosphorescent liquid dripping out her nose or… whatever…”

Grip, twist, then shake your rod…..

That’s the problem with ELO… Too many conductors, not enough instruments.