The Ebony and Ivory Edition OTB Caption ContestTM is now over.

The Ebony and Ivory Edition OTB Caption ContestTM is now over. 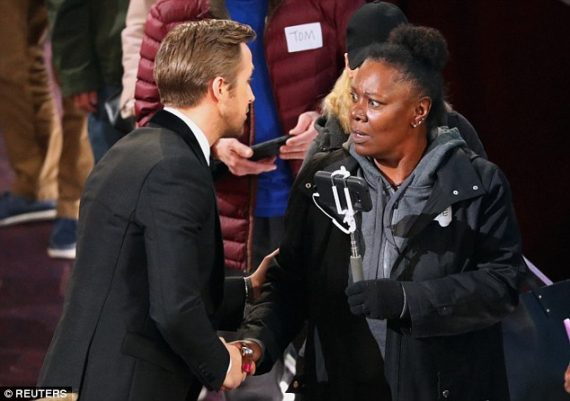 First: john430 – Woman: “You that Carlos Danger guy I been readin’ about?”

Second: Moosebreath – Is this the Schwartz Bar Mitzvah?

Third: Paul Hooson – “Do I ever have a chocolate pie for you!”.

Aelio – Ryan Gosling is a big fan of Leslie Jones.

Doug Mataconis – I don’t care who you are, you’re in the way of me taking a selfie.

“I got the selfie stick… but you’re still gonna have to live with your selfie dick.”