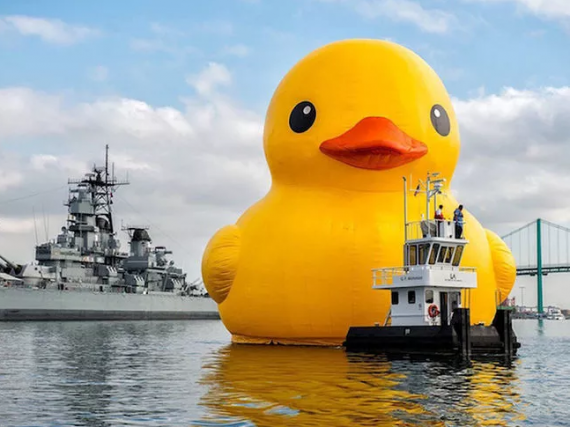 Third: David in KC – Rubber Ducky, you’re the one. You make wartime lots of fun…

CSK – The Peeps Candy Co. was pleased to provide the new mascot for the Canadian navy.

Aelio – Still wary of the Trojan Bush, America took a chance on the Trojan Quack.

DrDaveT – If Trump had chosen the form of The Destructor, it would not have been Mr. Sta-Puft.

fustian – It’s a Trojan Duck sent by the Russians.

Janis Gore – Donald dreamed of naval domination as a child.(I always thought a Naval Destroyer was a hoola-hoop with a nail in it. – rodney)

Unfortunately the Duck operators had hired an unemployed blimp pilot from Wisconsin as Captain.

All hell broke loose when the periscope came up the duck’s quack.