The Lawn Ornament Edition OTB Caption ContestTM is now over.

The Lawn Ornament Edition OTB Caption ContestTM is now over. 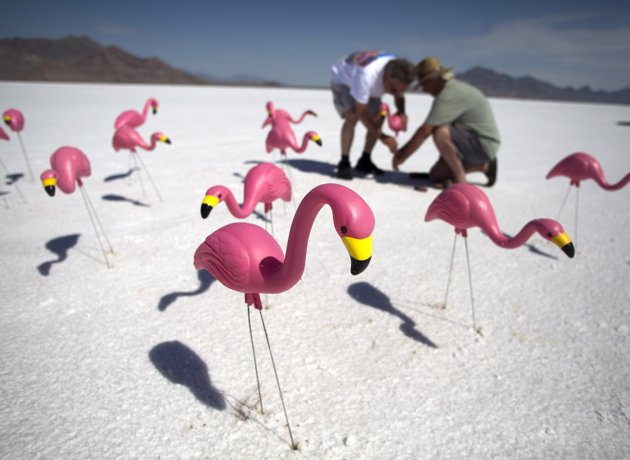 R. E. Davidson – Hey Michelle, is it your birthday?

Stormy Dragon – Preparations for the end of DADT continue feverishly to meet the Sep 20 deadline.

John425 – Secret Service creates a Maginot Line at Martha’s Vineyard just prior to the President’s arrival.

Maggie Mama – After ordering a Pink Flamingo, Jennie realized she was really in the sticks when they brought her plastic instead of a cocktail.

The Republican field all starts to look the same after a while.

Straightening up all this damage the earthquake caused will take forever.

It has been determined that more NEA funding is required to stimulate the economy.

Obama has no ‘egrets over his current economic policy.

The Monday Contest is already a double dip.