The The Double Dip Edition OTB Caption ContestTM is now over.

The The Double Dip Edition OTB Caption ContestTM is now over. 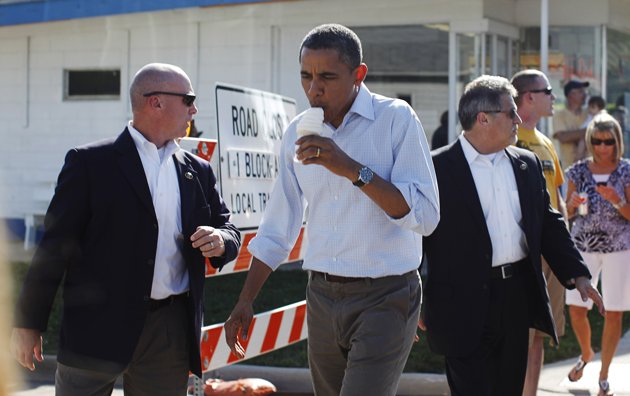 MStrB – Well, we found one thing Michele Bachmann is better at…

Robert W. Armijo – In a recent poll, only 4 out of 5 Americans said they would not continue to follow Obama blindly.

Mr. Prosser – The president calmly enjoys his ice cream while everyone else is amazed at what Rick Perry is doing to his corn dog.

Drew – Agent 69….over there….its Sarah Palin and a corn dog. Man, imagine what coulda been…

There were three, until one threw himself between the President and a funnel cake.

Secret Service Agent: “What the hell is Bachmann doing to that corndog over there.

What are your thoughts on Global Warming, Mr. President?

The Thursday Contest is going for 20,001 leagues..