The This Time I Mean It Edition OTB Caption ContestTM is now over.

The This Time I Mean It Edition OTB Caption ContestTM is now over. 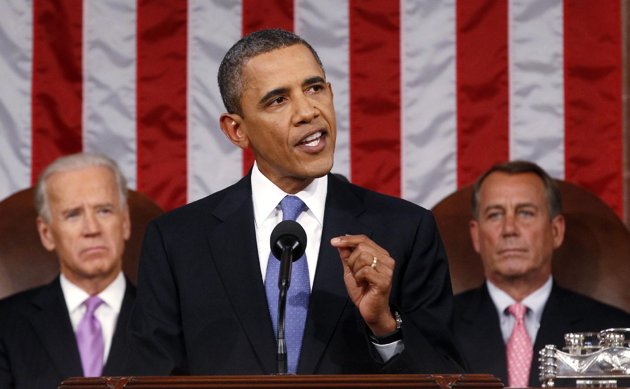 First: Jay Tea – “…and when I snap my fingers, you will awaken feeling refreshed and with an overwhelming urge to pass this bill!” Sadly for Obama, the only person it worked on was Biden.

Second: KRM – But this microphone goes to eleven.

Third: Maggie Mama – And as Nancy Pelosi so aptly put it, we have to pass the bill so you can find out what’s in it.

charles austin – And in conclusion, I killed Bin Laden.

Mr. Prosser – “And I’m saying right now, the country will recover when we all quit wearing these wussy, polka-dot, pastel ties.”

JKB – “There is something wrong in this country. I just can’t put my finger on it.”

John Burgess – “Look on either side of you. Next year, one, maybe two of you three are going to lose his job.”

Doug Mataconis – Boehner Thought Bubble: “These speeches would be a lot more fun if I could play a drinking game while I’m sitting here.

michael hamm – Repeat after me – it’s all Bush’s fault.

…and the buck stops right here, just to my right.

Joe’s the one that farted.

Ladies and Gentlemen take my advice, pull down your pants and slide on the ice.

If you don’t sign this bill, I will make Boehner cry.