The I WON Edition OTB Caption ContestTM is now over.

The I WON Edition OTB Caption ContestTM is now over. 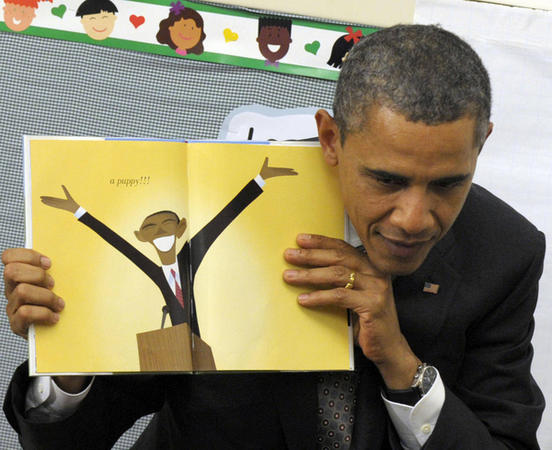 Third(tie): Moderate Mom – Pass my Jobs Bill and you get……a puppy! But not a job.

Robert W. Armijo – “Of course, I owe half of my success to Mr. Teleprompter.”

JKB – “Dreams of My Presidency” – the Decider episode

steve – “And this kids, was the high point of my time in office.”

Maggie Mama – At first Obama was very excited about Bo but then he found out you could not walk dogs on putting greens.

President reads “My Pet Gloat” to members of Congress

“Cheney wrote his book, and I wrote mine.”

Dreams of my Fatwa

“I’ll tax you my sweetie, and your little doggie too.”

The Monday Contest is already taking Government Motors for a spin.