The Trip or Tweet Edition OTB Caption ContestTM is now over.

The Trip or Tweet Edition OTB Caption ContestTM is now over. 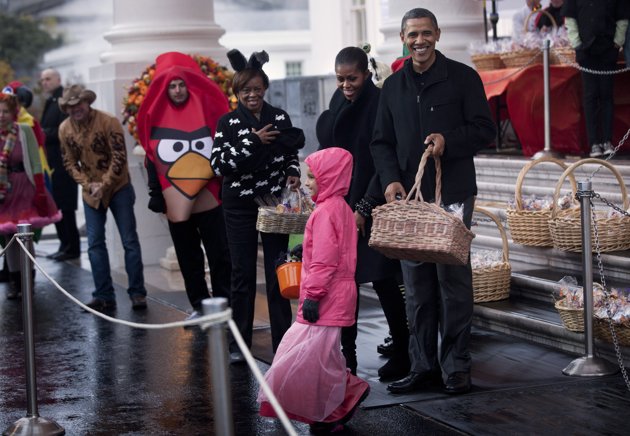 Second: jerry – The President’s Angry Birds app is way more life like than yours.

Third(tie): JKB – Hey, America, get in my hand basket. I’ll take you for a ride.

Third(tie): NickNot – Are you dressed up like a REAL president Mr. Obama?

Peterh – Where the one percent go for treat…….or trick…

michael reynolds – Hi, there youngster. Bad news: your slice of the debt is in six figures. Good news: candy!

MstrB – Guess who is getting searched by the Secret Service?

streicher187 – That’s an angry bird? Not the one I’m used to seeing every day

charles austin – If that were Herman Cain it would probably constitute sexual harrassment.

The Thursday Contest doesn’t know what it said wrong.