The Time For Recess Edition OTB Caption ContestTM is now over.

The Time For Recess Edition OTB Caption ContestTM is now over. 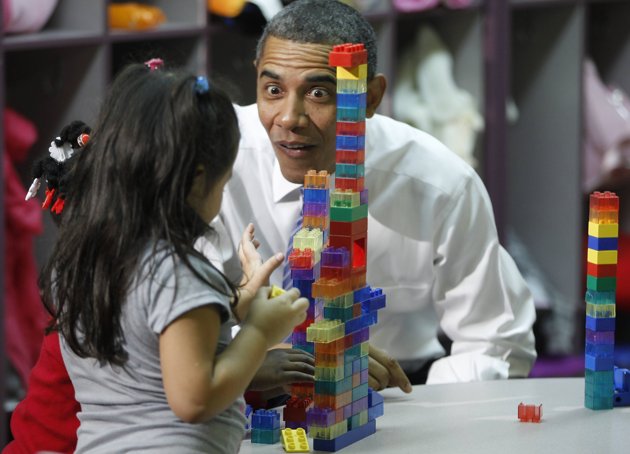 First: jd – “And after we do Wall Street, we’ll put some little protesters down here, OK?”

Second: Vast Variety – “Wow everyone… even she can name three government agencies without stumbling!”

Third: Gollum – All your block are belong to me.

Catherine – “You know skyscrapers are EVIL, don’t you dear?”

JKB – “Wait, you built this without government money?”

anjin-san – “You got hired to do debate prep for Perry? He really does know how to create jobs after all…”

Obama: “I’m in charge of all the blocks”
Girls: “Oh, then you’re the blockhead?”

Obama: “…and then say something this tall came out of Cain’s pants… just like the others.”

“So what are you going to be when you grow up little girl?”
“A proctologist.”

The Monday Contest has already perfected its high wire act.