The Nuthin' but Nyet Edition OTB Caption ContestTM is now over.

The Nuthin’ but Nyet Edition OTB Caption ContestTM is now over. 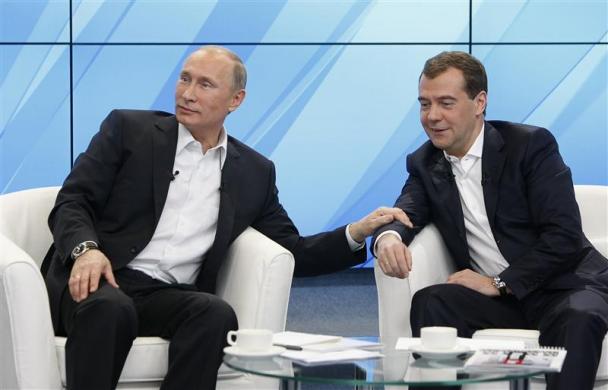 Second: OzarkHillbilly – “You know what? I think I can see Alaska from here.”

Third: physics geek – “If you’re red and you don’t want to be dead Why don’t you go where power sits? Putin on the Ritz”

KRM – “Raise your right hand if you believe in free elections.”

Michael Hamm – Dimitri- who is your choice on American Idol this week?

No Soup for You.

No I’m not going to Club Med, I said I’m going to club Medvedev… now go get my Louisville Slugger.