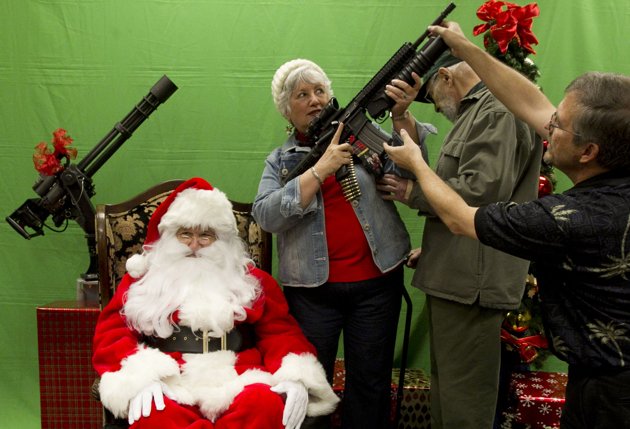 JKB – NO, Grandma, the reindeer didn’t mean to run you over.

Michael Hamm – Since Al Queda doesn’t believe in Christmas, they will get coal instead.

KRM – “… and so, children, this year Mrs. Claus and I have decided it’s time to trim the “naughty list.”

Santa comes once a year, Mrs. Claus even less… Boy is she pissed.

Put the X back in Christmas.

“I can see both Alaska and Russia from my Living room.”

“Wait until she gets a load of my HO HO Howitzer.”