The Best Two Out Of Three Edition OTB Caption ContestTM is now over.

The Best Two Out Of Three Edition OTB Caption ContestTM is now over. 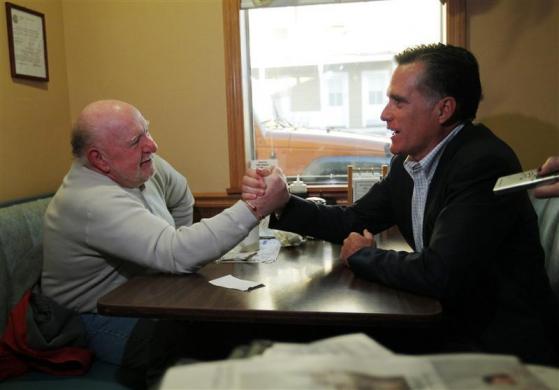 Mr. Prosser – If you think I’m strong wait until you arm wrestle my husband.

jd – Hey, it’s either this or Death Panels!

Gollum – . . and at the end of it Romney was indeed on Santa’s shit-list.

Doug Mataconis – In an effort to win over Iowans, Mitt Romney has vowed to arm wrestle every senior citizen in the Hawkeye State.

No, I’ve never been to Petaluma.

No magic underwear was harmed during the competition.

The Monday Contest already has a naughty list in mind.