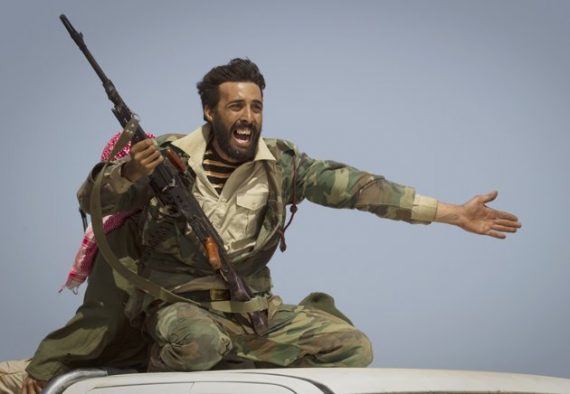 First: KRM – Despite weeks of blustering, the launch of Iran’s first predator drone failed to impress.

Second: Peterh – An improvised truck mounted turret… hey… you use what you have, not what you wish to have…

Third: John Burgess – “I got the bestest ever Christmas present!” (“You’ll put your eye out” – rodney)

jd – Left turn! LEFT turn! You idiot! Put down the cellphone and drive!

ponce – I don’t always topple dictatorships, but when I do, I try to wear as many articles of clothing as possible.

APL – After all the fighting and destruction, Amad has finally found his favorite Sheep!

Grease is the word.

I missed this episode of Glee Club

The Monday Contest has already been to the spa.

The Soldiers to Shepherds Program