The You Shall Not Pass Edition OTB Caption ContestTM is now over.

The You Shall Not Pass Edition OTB Caption ContestTM is now over. 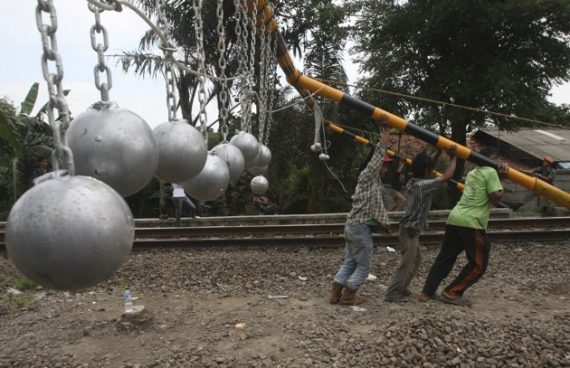 First: Stormy Dragon – Gingrich Campaign tries to get the old ball and chain out of the picture.

Second: LorgSkyegon – Though the online contest did not, in fact, call for the best “epic flail,” the Moran brothers still managed to win through sheer dumb luck.

Gollum – Something tells me Christo is behind this somehow.

The fans struggle to come to grips with the new NFL playoff overtime rules.

The GOP debates just got tougher.

The Monday Contest is all ready for a game of Whimsical Chairs.