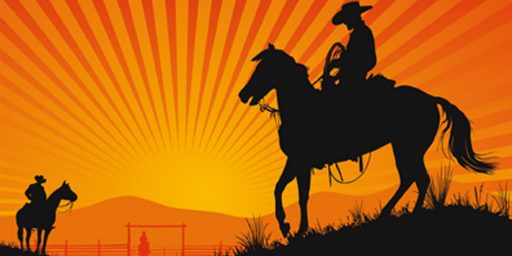 Harry Reid: Budget Cuts Mean The End Of Cowboy Poetry, Or Something

Some Call Me the Space Cowboy