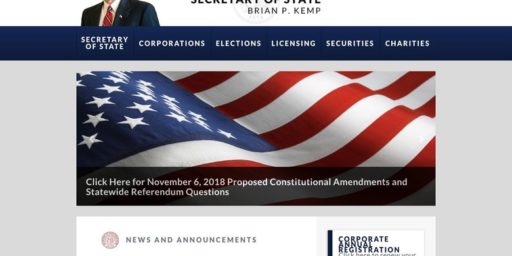 Brian Kemp Rigging His Own Election

Brian Williams and the Pressures of War Correspondents