Our Bombers Are Awesome, So Let’s Replace Them

Gregg Easterbrook observes that our bomber fleet is so efficient that we hardly need any of them:

Two decades ago in the Washington Monthly, I quipped that U.S. bombers were becoming so few that eventually they would be named after states, like battleships. So, guess what: The Air Force now names its B-2 stealth bombers after states. There’s a B-2 christened the Spirit of Georgia, another the Spirit of Alaska, and so on—with no danger of running out of names, because B-2 production stopped at 21. Today, the United States has just 183 bombers in its entire arsenal, versus more than 75,000 at the peak of World War II. Currently, the Pentagon plans to spend a gasp-inducing $320 billion on thousands of new fighter jets, but has nothing budgeted for new bombers for at least another decade; the Air Force actually says the Kennedy-era B-52 bomber will remain in service until 2037—when any still capable of getting airborne will be 80 years old.

Because our bombs have gotten so much more efficient, we just don’t need many bombers anymore. Great news, right?

Well, this is the Air Force we’re talking about. Their brass is busy trying to justify spending hundreds of billions on planes we don’t need to bridge a “bomber gap” that doesn’t exist.

Air Force senior leadership is thick with former fighter jocks, who find the new F-22 superfighter and its companion multiservice F-35 sexier than bombers. Piloting modern bombers is not meaningfully different from flying Boeing 737s for Southwest Airlines—there’s no nailed-to-your-seat maneuvering, no sense of rocketing through the sky. Air Force leaders know that a new bomber designed for satellite-guided weapons would likely be a vanilla aircraft—a modified Boeing airliner could fill the role. In Afghanistan and the second Iraq campaign, bombers have mainly “orbited,” or turned lazy circles, until the time came to release self-guided munitions. Maybe a remote-controlled drone platform could do that, and the Air Force is not eager to hasten the replacement of pilots by data links.

It’s true that the Pentagon does need some new fighters with updated technology. The F-22 is head and shoulders better than any other fighter ever built, while the F-35 would allow three services to replace their radar-visible fighters with a stealthy plane. But after $320 billion is spent building hundreds of F-22s and thousands of F-35s, how would they be used? Only a few would be employed in the interceptor role of shooting down enemy fighters, since no adversary nation is even attempting to manufacture fighters or air-to-air missiles capable of contesting those the United States already has. Plans call for the majority of the new F-22s and F-35s to be employed mainly for dropping smart bombs from low altitude. That is, they will do at fantastic expense what new satellite-guided devices from bombers can do relatively cheaply. This is why the Pentagon has not been crowing much about the success of its bombers above Afghanistan and Iraq: If that were understood, the case for spending $320 billion on smart-bombing fighters would fade.

In his seminal book The Masks of War, the late military analyst Carl Builder observed that the various Services each had distinct cultures which spanned decades, if not centuries. The Air Force, since well before it gained its independence from the Army, has been all about the “toys.” He wrote that in the late 1980s, at the tail end of the Cold War. Not much has changed, though, on this front. 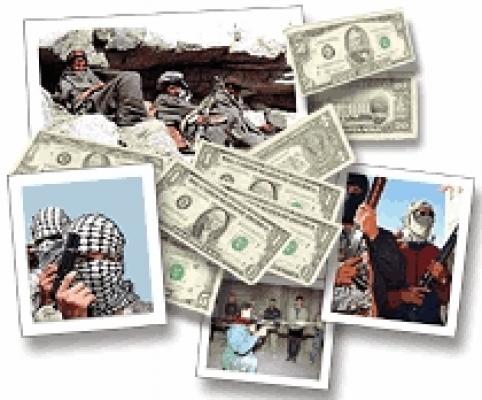