Out With The Old…

Megan McArdle points to this excellent article by Walter Olson regarding the impact of Congress’ ill-conceived lead-testing requirement for children’s products.

The problem is the Consumer Product Safety Improvement Act of 2008 (CPSIA), passed by Congress last summer after the panic over lead paint on toys from China. Among its other provisions, CPSIA imposed tough new limits on lead in any products intended for use by children aged 12 or under, and made those limits retroactive: that is, goods manufactured before the law passed cannot be sold on the used market (even in garage sales or on eBay) if they don’t conform. The law has hit thrift stores particularly hard, since many children’s products have long included lead-containing (if harmless) components: zippers, snaps, and clasps on garments and backpacks; skateboards, bicycles, and countless other products containing metal alloy; rhinestones and beads in decorations; and so forth. Combine this measure with a new ban (also retroactive) on playthings and child-care articles that contain plastic-softening chemicals known as phthalates, and suddenly tens of millions of commonly encountered children’s items have become unlawful to resell, presumably destined for landfills when their owners discard them. Penalties under the law are strict and can include $100,000 fines and prison time, regardless of whether any child is harmed.

Not until 1985 did it become unlawful to use lead pigments in the inks, dyes, and paints used in children’s books. Before then—and perhaps particularly in the great age of children’s-book illustration that lasted through the early twentieth century—the use of such pigments was not uncommon, and testing can still detect lead residues in books today. This doesn’t mean that the books pose any hazard to children. While lead poisoning from other sources, such as paint in old houses, remains a serious public health problem in some communities, no one seems to have been able to produce a single instance in which an American child has been made ill by the lead in old book illustrations—not surprisingly, since unlike poorly maintained wall paint, book pigments do not tend to flake off in large lead-laden chips for toddlers to put into their mouths.

Of course, the great irony of this is that the cause of this problem–multinational toy companies who outsourced the manufacturing of their products without proper supervision–will actually benefit from this law. Mattel and other big companies can, of course, afford the expensive testing mandated by the law. However, the small companies who never caused any problems to begin with, book resellers, small domestic toy manufacturers, etc., will likely be driven out of business. Which means, in essence, that thanks to Congress, the very people who endangered children’s lives will actually get richer as a result of their negligence.

There’s a reason why the CEOs of big companies don’t “go Galt” in order to demand a free market. They’d never survive in a free market, where the manufacturers of dangerous products would go bankrupt instead of having their rent seeking rewarded by “business-friendly legislation” and “tougher regulations.” 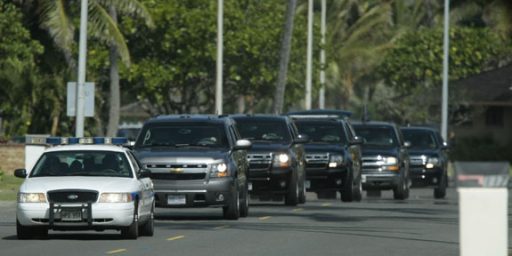