Senior Palestinian leader Mahmoud Abbas has apologised for the Palestinians’ support of Saddam Hussein during the 1990 invasion of Kuwait. Mr Abbas made the apology after arriving in the emirate on Sunday. It is the first visit to Kuwait by a senior Palestinian since relations were frozen 14 years ago. Mr Abbas’ unexpected statement came after the Kuwaiti government announced it had forgiven the Palestinians, and was not expecting a public apology.

Mr Abbas, also known as Abu Mazen, is chairman of the Palestine Liberation Organisation (PLO) – and is one of the leading candidates in next month’s election to replace the late Palestinian leader, Yasser Arafat. He arrived in the oil-rich emirate at the head of a large delegation, including Palestinian prime minister Ahmed Qurei. Mr Abbas said he was turning over a new leaf. “We apologise to Kuwait and the Kuwaiti people for what we did,” said Mr Abbas.

However BBC middle east correspondent Paul Wood says not everyone in Kuwait thinks it is time for a fresh start in relations with the Palestinians. One hardline Islamist MP called the visit “an insult to national integrity”.

Kuwait severed ties with PLO as a result of the Gulf War fall-out and cut its financial backing. After Saddam Hussein was driven out, the emirate expelled some 400,000 Palestinians, although a few thousand stayed or have since returned.

Mr Abbas said he would be asking the Kuwaiti leadership for financial backing on behalf of the PLO.

Kuwaitis Get Apology From Palestinians (AP)

Palestinian leader Mahmoud Abbas apologized to Kuwaitis on Sunday for Palestinian support of former Iraqi leader Saddam Hussein during the 1990-91 Gulf War, his latest gesture to mend fences with Arab nations offended by the late Yasser Arafat over the years.

Kuwaitis had mixed feelings ahead of Abbas’ visit, many holding a grudge against Palestinian support for Saddam during the Gulf War. But on his arrival Sunday, Abbas provided a long-awaited apology. Responding to a question, he said: “Yes, we apologize for what we have done.” Kuwait’s prime minister, Sheik Sabah Al Ahmed Al Sabah, had said an apology was not needed and the matter of the Palestinian leadership’s support for Saddam “has been closed.” A day earlier, however, a group of lawmakers said in a statement that they rejected the visit before the Palestine Liberation Organization “offers an official apology to the Kuwaiti people for the sin it committed against Kuwait.” On Sunday, one of the lawmakers, Mussalam al-Barrak, said the apology was too brief and “simple.” “We want an official apology in an official statement,” he told reporters. Another lawmaker, Ahmed al-Saadoun said with an apology or without, “Kuwaitis don’t want to see the Palestinian leadership in Kuwait.”

Kuwaiti anger and skepticism over the apology is understandable, especially as Abbas comes with hat in hand. Still, new leadership gives the Palestinians a chance to mend fences. 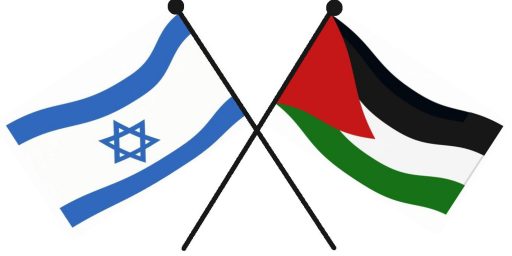