Sarah Palin's decision to jump to the defense of "Doctor" Laura Schlessinger has many Republicans confused as to what her plans for the future are. 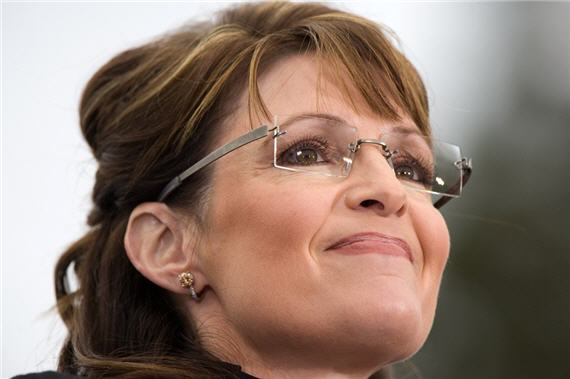 As I noted earlier this week, Sarah Palin decided for some reason to step into the minor controversy surrounding “Doctor” Laura Schlessinger’s use of the n-word on her radio show via a few statements on her Twitter page. Palin followed those tweets up a day later with a somewhat odd rant on her Facebook page in which she used the occasion of this controversy to claim that, like “Doctor” Laura, she too has been “shackled” by critics:

Adversaries who have been trying to silence Dr. Laura for years seized on her recent use of the n-word on her show as she subsequently suggested that rap “artists” and other creative types like those producing HBO shows who regularly use the n-word could be questioned for doing so. Her intention in discussing the issue with a caller seeking advice was not to be hateful or bigoted. Though she did not mean to insult the caller, she did, and she apologized for it. Still, those who oppose her seized upon her mistake in using the word (though she didn’t call anyone the derogatory term) to paint her as something that she’s not. I can understand how she could feel “shackled” by those who would parse a single word out of decades of on-air commentary. I understand what she meant when she declared that she was “taking back my First Amendment rights” by turning to a new venue that will not allow others the ability to silence her by going after her stations, sponsors, and supporters.

I, and obviously many others, have been “shackled” too by people who play games with false accusations, threats, frivolous lawsuits, misreporting, etc., in an effort to silence those with whom they disagree. That’s why I tend to defend people who call it like they see it while others stop at nothing to shut them up. I learned this valuable lesson when the partisan obstructionists in my state tried to shackle, bankrupt, and destroy my family and supporters, and my record, with endless frivolous litigation when I returned from the Vice Presidential campaign trail. In order to shake off the shackles they wanted to paralyze us with, I handed the reins to another, much like Dr. Laura is doing, so that these obstructionists who hated a Commonsense Conservative agenda wouldn’t win. I didn’t retreat; I reloaded in order to fight for what is right on a fairer battlefield. So, more power to someone with good intentions who refuses to be shackled by their detractors when they are falsely accused of being racist.

As I said in my earlier post, Palin has a rather odd idea of what “free speech” actually is, since she seems to believe that it means that one ought to have a right to speak without being criticized by others. It’s not her Constitutional analysis that’s making news now, however, but the fact that some Republicans aren’t entirely thrilled with the idea of her jumping to the Schlessinger’s defense when she didn’t really have to:

The few black conservative candidates, columnists, and media figures—who represent the GOP’s only hope for reclaiming the legacy of Lincoln and, with it, long-term demographic relevance—are not amused. They’re now saying what many in the GOP increasingly believe: Sarah Palin is not fit to be a serious leader of the Republican Party.

I spoke to Michel Faulkner, the former NFL player and Harlem preacher challenging Charlie Rangel for a House seat, and he was unsparing in his criticism: “Why Sarah Palin feels she needs to join in to Dr. Laura’s personal meltdown is beyond me. She’s sounding like she just likes to hear her own voice—and the voice that she has is no longer credible. It says that a leading voice among conservatives has joined the ranks of the entertainers—trying to shock us each day with more and more outlandish commentary. And at that moment that person is no longer fit to lead.”

“The constitutional stuff she’s saying doesn’t even make any sense,” Faulkner said. “She doesn’t know what real shackles are… But ‘don’t retreat, reload?’ Lady, are you kidding me? That is scary language in anyone’s terminology. Sarah Palin scares me.”

Nationally syndicated conservative columnist Deroy Murdock took an even stronger line. “Sarah Palin’s tweets resemble something scribbled by a ninth-grade cheerleader. Is it asking too much for a reputed American political leader to communicate in complete sentences? Palin’s gravitas gap is growing into the Gravitas Canyon,” said the media fellow at the Hoover Institution on War, Revolution and Peace at Stanford University. “Even worse, she deploys her vacuity to defend an acerbic talk-show host who just detonated herself by tossing around the word ‘nigger’ on the air 11 times, as if it were a volleyball. The American right can do better than this. And it must.”

And, Joe Hicks at PJTV hit Palin even harder:

“When I first heard this stuff, what came across was an extremely lame white chick trying to school this other woman about the N-word. … So I’m certainly not one to try and defend Dr. Laura. She has a history of being a negative and nasty persona. But Sarah Palin’s comments? Well, this is confusing stuff coming out of a woman who would have been the vice president if McCain had won. … Palin seems to be as equally detached from the real world where people operate and where race is a really volatile topic.”

“First Amendment rights? Of course. But [Dr. Laura] wasn’t fired—she decided to drop her show. So I’m not exactly understanding what Sarah Palin’s understanding of the Constitution is here. And it isn’t completely out of character, which is very unfortunate. She keeps dropping this bizarre stuff,” Hicks said. “It says this woman really has no larger vision of what she is trying to do in a political sense—there’s a pretty narrow intellect at work here … Attempting to defend the indefensible is just kind of insulting.”

When Palin does stuff like this, the inevitable question is why ? If one were seriously considering a run for the Presidency at this point, it certainly does seem that doing things like calling attention to yourself by defending a woman who made stupid, demeaning remarks that she already apologized for isn’t the smartest thing to do, especially for a politician with reputation for saying odd things already. So, perhaps, this is a sign that Palin really isn’t interested in running for President. After all, relaxing in beautiful Alaska while sending out tweets and Facebook messages, and occasionally venturing south to collect huge speaking fees or go on book tours sounds like a pretty good life doesn’t it ? And, it doesn’t require that you, well, actually take responsibility for anything.