Pat Buchanan referred to President Obama as "your boy" in conversation with Al Sharpton.

Al Sharpton and the HuffPo gang are offended that Pat Buchanan used an ordinary turn of phrase in referring to President Obama.

Pat Buchanan was forced to clarify some potentially controversial remarks he made on MSNBC Tuesday night.

Buchanan was on Al Sharpton’s 6 PM show, having a very boisterous discussion with the Rev. about President Obama’s debt deal. Sharpton was defending Obama’s handling of the situation, and Buchanan was challenging his interpretation of events. He brought up the issue of the Bush tax cuts.

“And let me tell you, your boy, Barack Obama, caved in on it in 2010 and he’ll cave in on it again,” he said. Sharpton looked shocked.

“My what? My president Barack Obama? What did you say?” he asked. “He’s your boy in the ring, he’s your fighter,” Buchanan responded.

“He’s nobody’s boy,” Sharpton thundered back. “He’s your president and he’s our president. And that’s what y’all have got to get through your head.”

On Wednesday’s “Morning Joe,” Buchanan sought to clarify his remarks.

“I was asked who was the big losers in these battles and the big winners, and I said one of the big losers, using boxing terminology, was ‘your boy,’ and I meant the president of the United States,” he said. “Rev. Sharpton said my boy is the president of the United States and he’s doing a rope-a-dope in the Ali fashion and he’s going to finish off your crowd. Now this was taken, some folks took what I said as some kind of slur. None was meant, none was intended, none was delivered, for the record.”

You’ve gotta be kidding me.

Let’s grant that Buchanan has a history of saying things that could be construed as racist or anti-Semitic. And “boy” has a history of being used to diminish black men and can even be a slur in some contexts.

That said, construing “your boy” in this context as racist is either craven or blithely unaware of the American idiom. “Your boy” is used, often ironically, to refer to someone that the person to whom one is talking is close or admires. That’s quite obviously how he was using the phrase here. 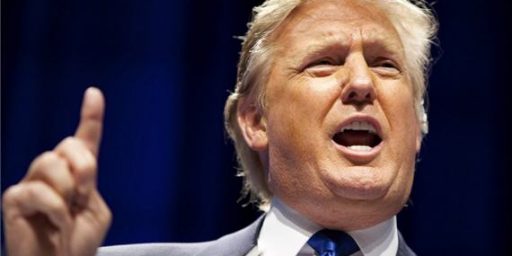