PATRIOT GAMES: Fred Kaplan wonders whether the Patriot missile is any good. He points out, quite correctly, that the missile–which was designed to shoot down large airplanes not small Scuds–not only didn’t work in Desert Storm but arguably caused more harm than it did good.

Ironically, the missile was the darling of that war because of Pentagon propaganda and a press corps that wouldn’t know a missile from a pogo stick. It has since been redesigned primarily as an anti-missile system, and may turn out to be quite useful in this war, but already has a major black eye because of the tragic downing of a British Tornado this weekend. 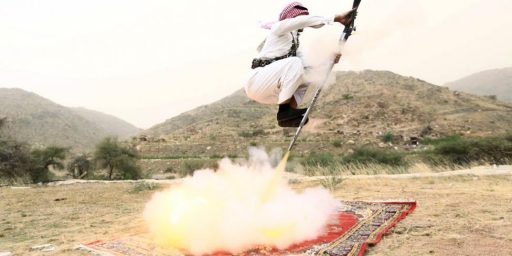