America's pundits have never met anyone who didn't think Tim Pawlenty would be a good nominee. 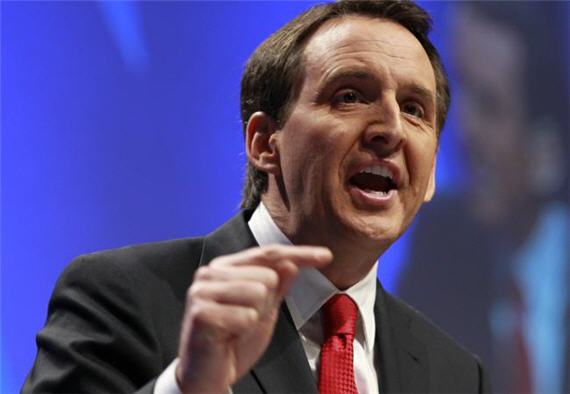 Andrew Sullivan chortles over the bad predictions of Jonathan Chait and Economist blogger J.F. in placing their bets on Tim Pawlenty to win the Republican nomination.

Chait and J.F. are guilty of  a version the Pundit’s Fallacy, the notion that the columnist represents the reasonable center of American politics and that, therefore, espousing their precise views on all issues would be wildly popular.

In a Daily Caller piece titled “The real reason Pawlenty failed,” James Poulos joins in, arguing that the problem is that Pawlenty was insufficiently like James Poulos to have a chance.

Tim Pawlenty is the canary in the establishment coal mine. His message — that the Republican Party doesn’t need to rethink any of its main policy propositions — no longer computes with a critical mass of Republican voters: not just in Ames, Iowa, but nationwide.

Paul and his (growing) army of faithful are no longer the lone data point. Michele Bachmann has built her campaign around a radical alternative to Republican spending orthodoxy. Sarah Palin fuels hopes of an even broader renunciation of the Republican establishment.

Given how weary America has become of its network of military actions, a bear-any-burden approach to muscular interventionism sweeps all our serious strategic questions under the rug. (Note: We Americans are fine with wars. It’s the massive and open-ended imperial mission of garrisoning “restive tribal areas” that we rightly lose patience for.)

And given how deeply all economic classes have been penetrated by dependency on perpetual federal wealth transfers, the “Sam’s Club Republicanism” that anointed Pawlenty its poster boy cannot be taken seriously when it proposes to “reform” the country and the GOP by replacing our system of targeted tax credits with one of out-and-out wage subsidies.

While I’m sympathetic to Poulos on all these fronts, I’m not exactly seeing a repudiation of muscular interventionism from Mitt Romney, Rick Perry, Michele Bachmann, or Sarah Palin. And while “a radical alternative to Republican spending orthodoxy” is one way to describe Bachmann’s economic views (“batshit crazy” would be another), I’m not seeing much difference between Pawlenty, Romney, and Perry on those issues.

Aside from George Will and some ephemeral “media consensus,” I’ve never understood who it is that was supposed to be Pawlenty’s base. He’s a vanilla candidate with no name recognition, no charisma (by presidential standards), no fundraising appeal, and no obvious answer to the standard “Why should you be president?” question. Unable to get traction or raise money, Pawlenty was smart enough to read the writing on the wall and get out of the race.

The bottom line is that, in the American system, a candidate has to have sufficient appeal to one party’s nominating electorate to get on the ballot and enough appeal to swing voters to get elected. A whole lot of candidates–including my own preferred candidate, Jon Huntsman–that might make good presidents and might even have the appeal to win the general election are unlikely to ever get the chance. Writing columns about why that’s sad or why we ought to change the system is an interesting exercise. Pretending the world is something radically different than it is, however, is simply foolish.