I don’t think that the Tim Pawlenty campaign will appreciate that his hometown newspaper, the St Paul Pioneer Press, ran the story of his announcement right next to the obituaries: 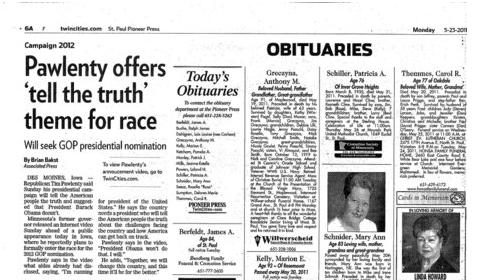