Pelosi Dodges Is Afghanistan ‘Worth It’ Question

House Speaker Nancy Pelosi won't say whether she thinks the war in Afghanistan is worth the increasing toll on American blood and treasure. 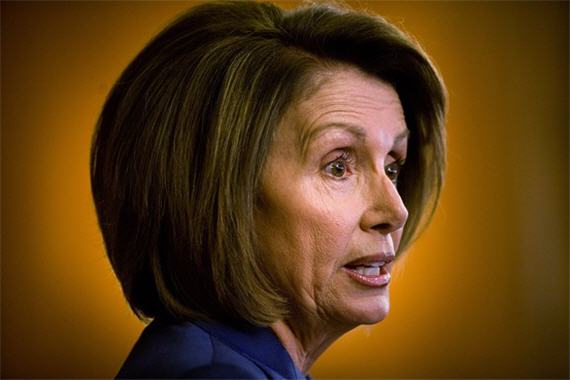 House Speaker Nancy Pelosi won’t say whether she thinks the war in Afghanistan is worth the increasing toll on American blood and treasure.

In an exclusive interview on “This Week” with Christiane Amanpour, to air this Sunday, Speaker of the House Nancy Pelosi dodged a question about how she would have voted on a bill funding the war in Afghanistan.

“Now you didn’t vote. I know the speaker doesn’t have to vote. But how would you have voted?” Amanpour asked Pelosi in the Speaker’s ceremonial office in the Capitol.

“Well we brought the bill to the floor,” Pelosi explained. “And that was a statement that said that we knew that our troops needed to have … would be provided for them. So we will never abandon our men and women in uniform,” she said. “On the other hand it gave our members a chance to express their view,” the Speaker said.

“How does this figure into our protecting the American people? Is it worth it?” Pelosi asked rhetorically.

“That is the question,” Pelosi replied.

“But that’s my question to you,” Amanpour pressed.

“Well we will, as I said, we will see the metrics as they unfold in the next few months,” the Speaker said.

This is a pretty basic question, no?

We’ve lost some 1215 killed in this war, with the numbers on a dramatic rise since President Obama decided to double down on the effort.   We’ve just experienced our highest casualty month in the nine year history of the conflict.  And Pelosi has just brought a bill to the floor, which easily passed, further accelerating.

And she hasn’t decided whether it’s all worth it?   Or she won’t say?

UPDATE: I see that Doug posted on this yesterday afternoon (“Pelosi Dodges Question On Whether The War In Afghanistan Is ‘Worth It’“).   Since both posts have drawn comments, I’ll leave this one up.