PETA’s New Idea: Get Your Pet Neutered, And You’ll Get A Free Vasectomy 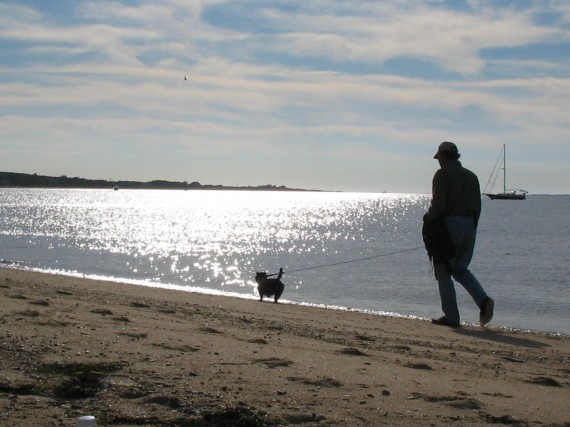 I believe this qualifies as the oddest idea ever:

It’s a two-fer: Get your animal companion fixed, and get yourself fixed too! Human overpopulation is crowding out animal life on the planet, and dog and cat overpopulation is creating a euthanasia crisis that is a crying shame. Disappearing wilderness, vanishing water resources, and pollution is the price that future generations will pay for more human births, while losing their lives is the price that millions of homeless dogs and cats pay when guardians neglect to “fix” their companion animals.

Every year in the U.S., an estimated 6 to 8 million lost, abandoned, or unwanted dogs and cats enter animal shelters. The best way to combat the companion-animal overpopulation crisis is to have your cat or dog neutered. And with a global population of almost 7 billion humans, more of our species could use a (voluntary) snip too.

Now, one lucky man can be reproduction-free, free of charge, just like his pooch or feline friend. In honor of National Infertility Awareness Week (April 24 to 30), PETA will give one free vasectomy to a man who has recently had his companion cat or dog neutered.

Seriously, what’s the slogan, Help The Fight Against Infertility By Making Yourself Infertile ?

The “lucky” winner will have to agree to a few things, though:

Entrants must be at least 21 years of age to enter and must prove that they have had a dog or a cat neutered between March 29 and April 27, 2011. Entrants must furnish proof of their age, and a dated neuter certificate for their dog or cat from a certified veterinarian, in order to claim the prize. One eligible winner will be selected, based on his level of creativity and persuasiveness in arguing why he deserves to win and how his sterilization will most benefit both humans and animals. The winner agrees to have his name, city, state, and likeness appear on any PETA materials and websites and those of its affiliates.