Pete Gent, the former Dallas Cowboy and Michigan State player best known as the author of "North Dallas Forty," has died at 69 from pulmonary illness. 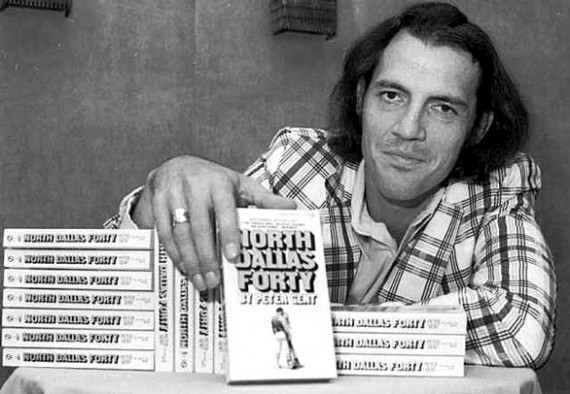 Pete Gent, the former Dallas Cowboy and Michigan State player best known as the author of “North Dallas Forty,” has died at 69 from pulmonary illness.

Former NFL player Peter Gent, whose book about the seamier side of football was made into the movie, “North Dallas Forty,” has died in his native Michigan. He was 69.

Gent had been ailing for months and died Friday from a pulmonary illness at his boyhood home in Bangor in western Michigan, where he had lived since 1990, his son Carter Gent said Saturday.

Gent was a star basketball player at Michigan State University in the 1960s. He didn’t play college football but got an NFL tryout with the Dallas Cowboys in 1964 and played five seasons with the team.

His 1973 novel “North Dallas Forty” dealt with drugs, sex, greed and self-preservation in pro football. It was made into a movie six years later, starring Nick Nolte as an aging player and Mac Davis as a quarterback. Gent wrote a sequel, “North Dallas After Forty,” as well as other books, including a memoir about coaching his son’s baseball team, “The Last Magic Summer: A Season With My Son.”

Gent was drafted by the NBA’s Baltimore Bullets after averaging 21 points a game in his final season at Michigan State. Instead, he headed to Dallas to try his hand at football.

“He had heard you’d get $500 just for showing up,” said Carter Gent, 35, of Kalamazoo. “The wide receivers coach liked him. He was long and lean and had good hands.”

Carter Gent said his father seemed pleased with how the movie “North Dallas Forty” turned out but he usually didn’t watch it years later.

“He was just a brilliant guy who had a lot of other interests. He read a lot and loved history,” Carter Gent said. “Watching sports didn’t do much for him.” Gent, who was divorced, also is survived by a daughter, Holly Gent Palmo of Austin, Texas; a brother, Jamie Gent; and four grandchildren.

Sad news. Gent was one of many Dallas players during that era who were great athletes with no football background. He played from 1964 to 1968 and had a rather lackluster career, catching a total of 68 passes. But he gained great notoriety with “North Dallas Forty” and had modest success with its sequel, “North Dallas After 40” (1989) and “The Franchise” (1983).