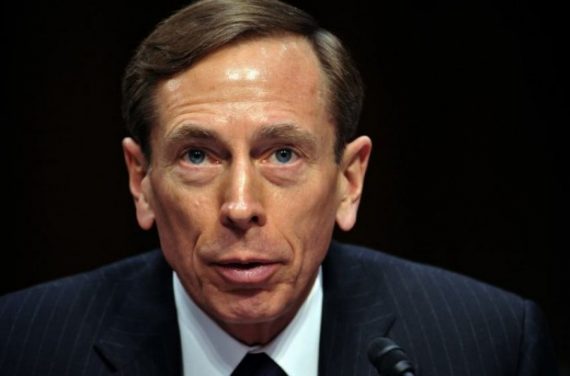 After a backlash ensued after CUNY hired him to teach a single course for $200,000 David Petraeus has agreed to teach for $1.

It was supposed to be a feather in the cap for the City University of New York’s ambitious honors college. Or perhaps a careful first step back into public life for a leader sidelined by scandal.

One way or another, the news that David H. Petraeus, the former C.I.A. director and commander of the allied forces in Iraq and Afghanistan, would be a visiting professor at the Macaulay Honors College at CUNY this coming academic year was supposed to be great publicity all around.

Instead it turned into a minor scandal all its own, as some professors and politicians expressed outrage over his six-figure salary, and others accused the university’s administration of lying about just what the salary was.

On Monday, it was announced that Mr. Petraeus would, on second thought, teach for just $1.

“The general never was taking on this teaching assignment for the money,” said Robert Barnett, Mr. Petraeus’s lawyer, who, along with CUNY, confirmed the salary change.

“Once controversy arose about the amount he was being paid, he decided it was much more important to keep the focus on the students, on the school and on the teaching, and not have it be about the money,” Mr. Barnett added, so Mr. Petraeus proposed waiving his salary “to remove money as a point of controversy.”

The whole affair has been rather embarrassing and this is a good resolution. Petraeus has earned the right to cash in and will surely do so. But college teaching—especially a single course with 16 students—isn’t the place to do that.

When Dan Drezner passed along the news on Twitter, I joked, “So, standard adjunct pay?” It’s only a slight exaggeration:

The skepticism in part reflects the disparity between what CUNY offered Mr. Petraeus and what it pays other professors. The average salary for full-time faculty members is $89,768. Adjunct professors, who currently teach more than half of CUNY’s courses, are paid just a few thousand dollars per course.

Most professors teach multiple courses each semester and do all of their own grading. Mr. Petraeus is teaching one seminar with 16 students, and CUNY offered 16 graduate students to assist him, in addition to the three Harvard graduate students who helped him assemble the syllabus.

As a side note, I continue to be bemused by the NYT style guide on honorifics. Most journalistic outlets have long since dropped them altogether, as is my preference, so that he should just be “Petraeus” on subsequent mentions. But, surely, he’s not “Mr. Petraeus”  but rather “General Petraeus or, in this context, “Dr. Petraeus.”  Indeed, there’s weird byplay in the story, wherein the dean of the college, Ann Kirschner, is referred to as “Dr. Kirschner” and he as “Mr. Petraeus.”