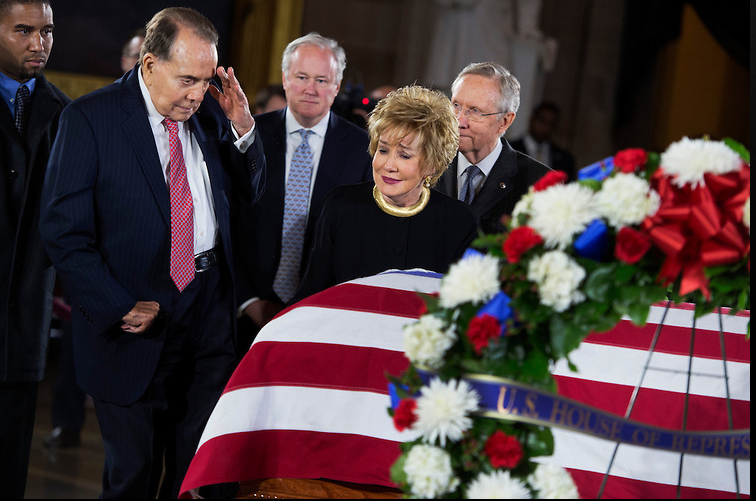 I found this photo from Roll Call particularly touching.

That’s Bob Dole giving a final salute to the casket of Daniel Inouye as it lies in state at the Capitol Building. Dole and Inouye first met at a military hospital in Washington, D.C. as the two men recovered from the injuries that they had sustained in battle during World War II. Dole was awarded the Bronze Star for his actions in battle the day he was injured. Inouye, of course, recieved the Congressional Medal Of Honor.

Daniel Inouye, Senator And Medal Of Honor Recipient, Dies At 88