The Polish Government has amended a controversial law that sought to punish people for discussing the role that some Poles played in the Holocaust. 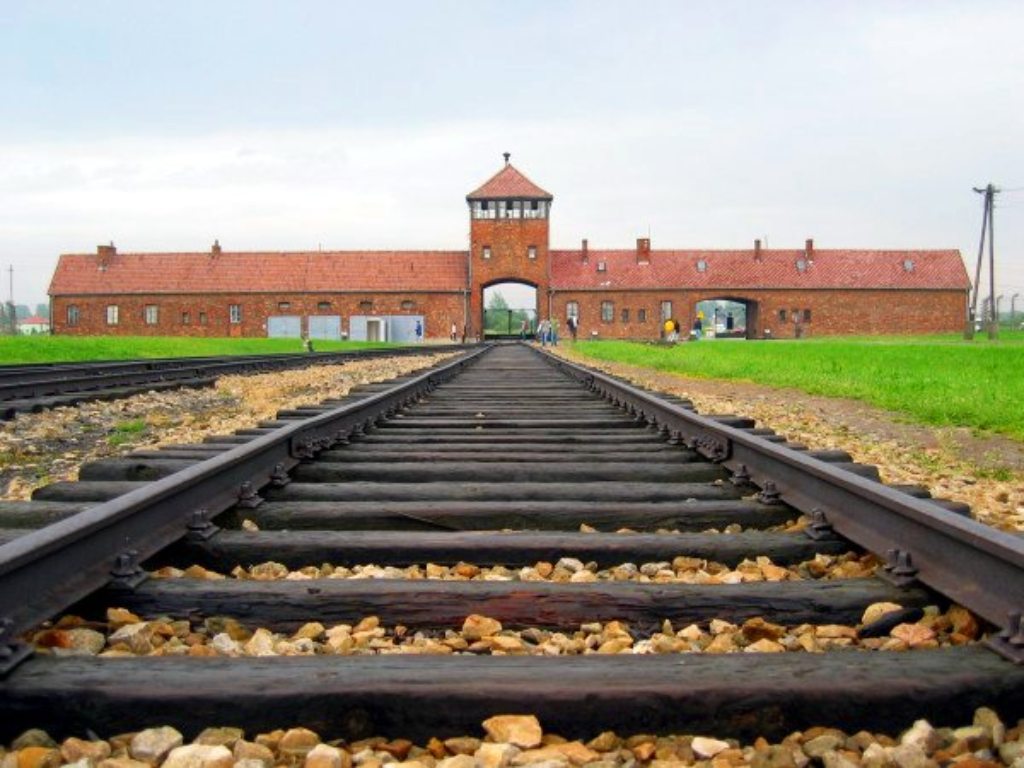 After months of controversial, the Polish Parlament has amended a controversial law passed earlier this year amid complaints that it sought to whitewash the role of Polish collaborators in the Holocaust:

WARSAW — Just a few months after making it illegal to accuse the Polish nation of complicity in the Holocaust, Poland backpedaled on Wednesday, moving to defang the controversial law by eliminating criminal penalties for violators.

The United States and other traditional allies had excoriated the Polish government over the law, passed in February, condemning it as largely unenforceable, a threat to free speech, and an act of historical revisionism.

Although both ethnic Poles and Jews living in Poland suffered unfathomable loss during World War II, the law drove a wedge between Israel and Poland, setting back years of hard work to repair bitter feelings.

Both houses of Parliament voted on Wednesday to remove the criminal penalties, after an emotional session that saw one nationalist lawmaker try to block access to the podium. President Andrzej Duda later signed the measure into law, his office said.

Prime Minister Benjamin Netanyahu of Israel welcomed the move, saying in a statement that he was pleased Poland rescinded provisions that “caused a storm and consternation in Israel and among the international community.”

By amending the statute, Poland’s governing Law and Justice party hoped to repair some of the diplomatic damage it had caused, even as it pressed ahead with sweeping judicial overhauls that have been condemned by European Union leaders as a threat to the rule of law.

For those concerned about the state of the rule of law, the wrangling over the Holocaust law offers a window into how politicized the judicial system has already become. The law applies to statements made within Poland and beyond its borders.

When the law passed, Polish leaders said their goal was to ensure a full understanding of the tragic history of Poland during the war, when some three million ethnic Poles were killed along with three million Jews living in Poland — nearly half of all the Jews killed in the Holocaust.

Many Polish citizens have long objected to the use of the phrase “Polish death camps” to refer to the concentration camps installed and controlled by Nazi Germany. Poland never installed a collaborationist government: It ceased to exist as a nation after was invaded at the outset of the war and carved up by Germany and the Soviet Union.

As time passes, there is a legitimate fear in Poland that because many of the killing grounds located in Poland still remain the most powerful symbols of the horror of the Holocaust, historical memory will blur Poland’s complicated past.

The law, however, went further than trying to prevent the use of the phrase “Polish death camps.” It sought to criminalize any accusation that Polish nation was complicit in the carnage and was written in such a broad way that scholars, journalists and historians worried that it could be abused to stifle any discussion of the roles played by individual Poles.

As the bill was being debated, critics called it a violation of the country’s Constitution; normally, it would have been sent it to the Constitutional Tribunal for review.

At first, that did not happen. Mr. Duda signed the law in February and then sent it to the court for review, delaying implementation.

On Tuesday, the International Association of Jewish Lawyers and Jurists submitted an opinion to the Constitution Tribunal, saying that the imposition of “criminal restrictions on freedom of expression not only violates constitutional and international law’s standards but also harms Poland itself and its relations with the Jewish people.

The law in question first became a news back in January when it was first introduced in the Polish Parliament by the nation’s new center-right government. As I noted at the time, it quickly became the subject of international criticism by historians, Holocaust survivors, civil liberties organizations, and the Israeli government both because of its seeming effort to whitewash history and because of the extent to which it sought to criminalize things said by people outside Poland itself. After the bill was signed into law by Poland’s President, an act he chose to do before submitting the bill for review by the nation’s version of a Supreme Court, one of the bill’s chief sponsors suggested that the law would also apply to Holocaust survivors who make what he would call false claims about the Polish role in the Holocaust. It’s at this point that the international controversy about the law really began to take off.

One of the more controversial aspects of the law was the fact that it purported to apply not just to Polish citizens or residents, but also, at least theoretically, to anyone in the world. This would mean that Poland could have sought to charge an American citizen who it believes has violated the law, although the odds that the United States would consent to extradition in such a case seems unlikely. It also would theoretically at least apply to claims made in displays or presentations created by historians that exist in museums dedicated to the Holocaust, such as those in the United States and Israel. As a result, there was considerable international pressure placed on the Polish government to clarify the law, both to make it clear that the nation was not contemplating trying to prosecute people beyond its jurisdiction and that it was not trying to whitewash history.

In some sense, the law is rooted in the historically correct fact that the mass-murder that claimed the lives of six million Jews as well as up to six million members of other groups that included Gypsies, homosexuals, Slavic people regardless of religious background, and those who rebelled against or dissented from Nazi rule in Germany, Poland, and across Central and Eastern Europe was primarily planned and carried out by German Nazis. It’s also undisputed that those parts of the government of pre-war Poland that managed to escape after the twin Nazi/Soviet invasions of 1939 formed a government in exile and worked alongside the British, French, and eventually, Americans to defeat the Nazis and reclaim their homeland. This included the famed 303rd Polish Fighter Squadron, a group of Polish airmen who assisted the British during the Battle of Britain and in other operations  Finally, it’s also true that Poland came out of the war having paid a very high price due to the invasions and occupations by Nazi Germany and the Soviet Union as well as the battles that took place on Polish territory when the front passed through there not just once, but twice. Indeed, it wasn’t until Soviet dominance ended beginning in the 1980s with the rise of Solidarity that Poland began to shake off the impact of six years of war and nearly more than forty years of Soviet occupation. Given all of this, I can understand on some level why Poles would be upset by interpretations of history that sought to tie their nation to the Holocaust.

It’s also true, however, that there were far too many Poles who, acting on their own, actively collaborated with the Nazi occupiers not only in the operation of what effectively served as the government of Nazi-occupied Poland but also in rounding up Jews and others for transportation to the camps. In most cases, of course, that collaboration was done sheerly out of a need to survive, but as someone of Polish heritage myself, I can also acknowledge that Poland was also fertile ground for the anti-Semitism that pervaded Nazi ideology and that this explains at least some of the collaboration. Pogroms against Jews were not uncommon long before the Nazis came along. During the war itself, nearly 2,000 Jews died in a pogrom in Jedwabne that was carried out by Poles. Because of this, it wasn’t hard for the Nazis to find Poles willing to help them, even when they knew exactly what was going on. Charging people with a crime for even discussing these events is not only bad history, but it does a disservice to Polish heritage itself by failing to acknowledge the truth.

Given all of this, it’s a good thing that the Polish Parliament is amending the law, but it remains troublesome that the Polish government, and apparently a sizeable part of the Polish electorate, is unwilling to acknowledge the role that some of their fellow Poles played in one of the greatest injustices in the history of mankind.