Congress and the White House are starting to stake out sides in the upcoming battle over extending the Bush tax cuts. 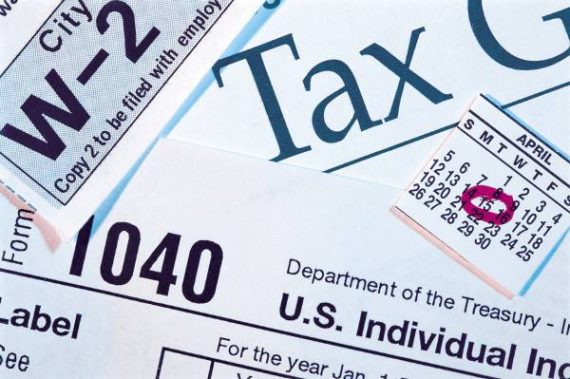 Along with the elections in November, now just 100 days away, there’s a political battle brewing in Washington over the expiration of the tax cuts that were put in place in 2001 and 2003:

WASHINGTON — An epic fight is brewing over what Congress and President Obama should do about the expiring Bush tax cuts, with such substantial economic and political consequences that it could shape the fall elections and fiscal policy for years to come.

Democratic leaders, including Mr. Obama, say they are intent on letting the tax cuts for the wealthy expire as scheduled at the end of this year. But they have pledged to continue the lower tax rates for individuals earning less than $200,000 and families earning less than $250,000 — what Democrats call the middle class.

Most Republicans want to extend the tax cuts for everyone, and some Democrats agree, saying it would be unwise to raise taxes on anyone while the economy remains weak. If no action is taken, taxes on income, dividends, capital gains and estates would all rise.

The issue has generated little public attention this year as Congress grappled with health care, financial regulation, energy, a Supreme Court nomination and other divisive topics. But it will move to the top of the agenda when lawmakers return to Washington in September from their summer recess, just as the midterm campaign gets under way in earnest. In recent days, intense discussions have begun at the Capitol.

Beyond the implications for family checkbooks, the tax fight will serve as a proxy for the bigger political clashes of the year, including the size of government and the best way of handling the tepid economic recovery.

“It has enormous ramifications for the fall and clearly will be one of the dominant issues,” said Senator Ron Wyden, Democrat of Oregon. “This is code for the role of the federal government, the debate over the size of government and the priorities of the nation.”

Sen. Kent Conrad (N.D.), a Finance Committee member who also chairs the Budget Committee, said he would prefer to extend all the tax cuts, at least until the economy fully recovers.

“In a perfect world, I would not be cutting spending or raising taxes in the next 18 months to two years,” Conrad said.

Rep. Gerald E. Connolly (D-Va.), whose constituents are among the wealthiest in the nation, also wants to extend the upper-income tax breaks temporarily, arguing that the richest taxpayers are responsible for the bulk of consumer activity.

“If they close up their wallets and checkbooks and debit cards because they have less disposable income, this is the wrong time for that,” Connolly said. “This isn’t an argument for never, ever, ever. It’s an argument for not now.”

Still others — particularly vulnerable House members fighting to keep their seats in conservative districts — want to postpone any action until after the election. Paul Lindsay, spokesman for the National Republican Congressional Committee, which is in charge of electing House Republicans, said they are wise to be nervous.

Indeed they will, which is why the Obama Administration is putting the idea of at least extending the tax cuts for what it calls “middle class” Americans, nobody wants to be accused to being in favor of tax hikes in the middle of what is, at best, an anemic economic recovery.

But what about extending them for everyone ? This morning Treasury Secretary Tim Geithner said that he didn’t believe that allowing marginal tax rates on wealthy Americans to increase would have a negative impact on the economy:

Since it seems unlikely that we’ll see any actual legislative action on this before Congress breaks for the campaign season, we’re either looking at some form of extension being taken up in a lame-duck session in November or, more likely, after the 112th Congress takes office in January. At that point, the debate will be influenced by three things, the state of the economy, the extent of the Republican gains in the mid-term elections and the political impact of the bipartisan Debt Commission, which will issue it’s report in December. For Democrats, it will be hard to argue against extending the tax cuts if, as expected, the economy is still weak. For Republicans, there will be pressure from some quarters for the party to actually put it’s money where it’s mouth is when it comes to deficit reduction, which may mean backing away from the idea that tax increases are always off the table.

In the end, I think we’re likely to see an extension that is closer to the Obama Administration’s proposal than not. Regardless of how well the Republicans do in the House in November, they’re not going to take control of the Senate, and, if they did that somehow, they surely aren’t going to come close to a filibuster proof majority. Just as we’ve seen in the past two years, the House’s version of tax cut extension is unlikely to make it through the Senate unscathed. The income levels may be raised — say, to $ 350,000 or so — but there will be some people benefiting from the Bush tax cuts now that will see their marginal rates go up in 2011. Whether that will have much of an impact on the economy is something that nobody can know in advance.