Poll: 50% Of GOP Doesn’t Believe Muslims Have A Right To Build A Mosque

Another day, another depressing poll: 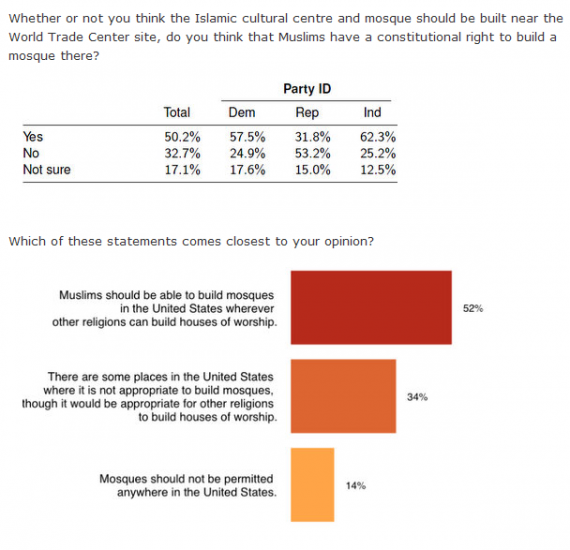 Doesn’t this sort of make the reassurances of mosque opponents that ‘of course we all believe Muslims have a Constitutional right to build a mosque there, we just don’t think they should’ a lie ?

Sadly, yes it does.

FILED UNDER: Islam, Law and the Courts, Quick Takes, Religion, US Politics