Apparently, pretended overpriced pomegranate juice is a magic healing elixir is more than the law will allow. 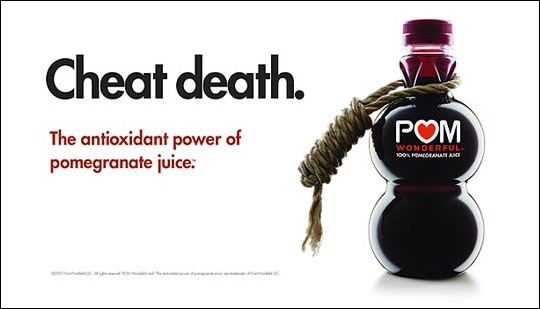 Apparently, pretending overpriced pomegranate juice is a magic healing elixir is more than the law will allow.

A federal administrative judge ruled on Monday that the pomegranate juice maker POM Wonderful isn’t all that.

Judge D. Michael Chappell ruled that the company made deceptive advertising claims in marketing its popular pomegranate juice product as a way to “treat, prevent or reduce the risk heart disease, prostate cancer or erectile dysfunction.” Chappell, the U.S. Federal Trade Commission’s (FTC) chief administrative law judge, wrote in his decision: “The greater weight of the persuasive expert testimony demonstrates that there is insufficient competent and reliable scientific evidence to substantiate” such health claims made by POM.

The judge’s 335-page order upholds the majority of a complaint lodged by the FTC in 2010 against the Los Angeles-based company, owned by Lynda and Stewart Resnick. The order says POM Wonderful “shall not make any representation, in any manner, expressly or by implication, including through the use of a product name, endorsement, depiction, illustration, trademark or trade name, about the health benefits, performance or efficacy of any covered product, unless the representation is non-misleading.”

I had my suspicions, on account of it being a fruit juice, not a prescription drug. Alas, I’m not eligible for damages because I’m not willing to pay $6 for a tiny bottle of juice. At that price, there better be some alcohol in it, somewhere. 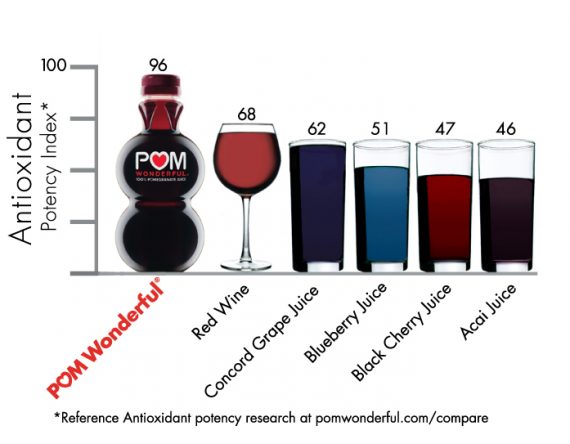 FILED UNDER: Food, Health, Law and the Courts, Quick Takes