Is NATO prepared for what happens when they win? 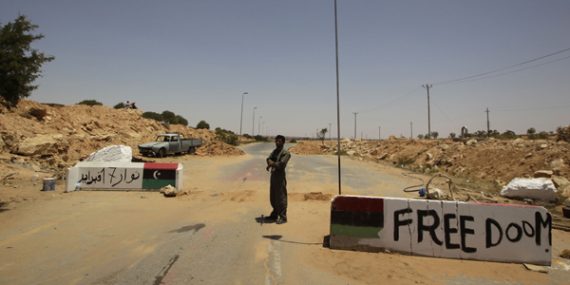 My latest for The Atlantic, “Scant Planning for Post-Qaddafi Libya,” has been posted. It rather defies excerpting, but here’s a taste:

If NATO has a plan for achieving victory in Libya, it has been well disguised. Regardless, the world’s most powerful military alliance will surely somehow, some day prevail over a besieged dictator with little support. But is NATO prepared for what happens when they win?

Secretary General Anders Fogh Rasmussen took to Twitter last week to proclaim, “Once political settlement is reached, I don’t expect NATO to play leading role” and “Future to be shaped by Libyan people. NATO will support international efforts if requested and needed.”

The parallels with Iraq are eerie. In his seminal work on that conflict, Fiasco, Thomas Ricks quotes Major Isaiah Wilson, the official Army historian of the spring 2003 invasion and later strategic planner in Iraq saying that there was “no single plan as of 1 May 2004 that described an executable approach to achieving the stated strategic endstate for war.” Joint Staff officer Gregory Gardner explained why: “Politically, we’d made a decision that we’d turn it over to the Iraqis in June” 2003. Additionally, an Army War College study found, what little planning there was for post-conflict stabilization was predicated on the unfounded assumption that “the international community would pick up the slack.”

Putting a different face on the post-conflict stabilization efforts would be ideal, then, even if Western nations have to pay for it. The obvious candidates are the United Nations and the African Union, both of which have extensive experience in peacekeeping missions and would come without imperialist baggage.

Peacekeeping, of course, requires that there be a peace to keep. As the ongoing UN missions in Liberia and Ivory Coast demonstrate, blue helmets are not a panacea. If the mere presence of trained outside security forces is insufficient to prevent the outbreak of sectarian fighting, the peacekeepers then get caught in the crossfire. If they choose sides and shift into kinetic operations — for which they tend to be ill-equipped to begin with — they can often lose their legitimacy.

In theory, this would all have been worked out before NATO intervened, thus taking ownership of the outcome. And it’s possible that someone, somewhere planned all this out. But, if they did, they’ve been awfully quiet about it.