Power Outages Leave 600 Million In India In The Dark

For the second day in a row, massive power outages have struck wide areas in India:

(AP) NEW DELHI – India’s energy crisis spread over half the country Tuesday when both its eastern and northern electricity grids collapsed, leaving 600 million people without power in one of the world’s biggest-ever blackouts.

The power failure has raised serious concerns about India’s outdated infrastructure and the government’s inability to meet an insatiable appetite for energy as the country aspires to become a regional economic superpower.

The outage in the eastern grid came just a day after India’s northern power grid collapsed for several hours. (Click on the player at left for a full report). Indian officials managed to restore power several hours later, but at 1:05 p.m. Tuesday the northern grid collapsed again, said Shailendre Dubey, an official at the Uttar Pradesh Power Corp. in India’s largest state. About the same time, the eastern grid failed as well, said S.K. Mohanty, a power official in the eastern state of Orissa. The two grids serve about half India’s population.

The new power failure affected people across 13 states — more than the entire population of the European Union. They raised concerns about India’s outdated infrastructure and its insatiable appetite for energy that the government has been unable to meet.

India’s demand for electricity has soared along with its economy in recent years, but utilities have been unable to meet the growing needs. India’s Central Electricity Authority reported power deficits of more than 8 percent in recent months.

Of course, some people may not have noticed. More than 1/3 of the country, some 300 million people, lacks any access to power at all regardless of whether the grid is up or not. 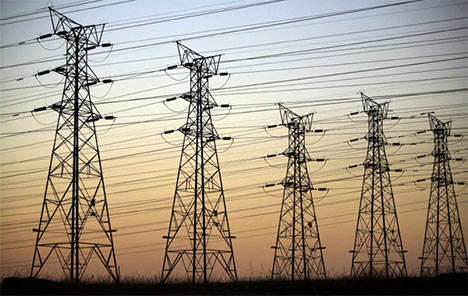