President’s “Back To School Speech” Scheduled For Sept 14th

President Obama will be giving an address to schoolkids again this year. Stay tuned for the cries of "indoctrination !" 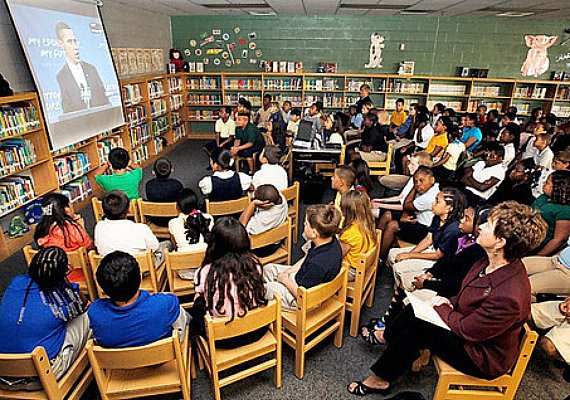 Last year President Obama’s nationally televised speech to school children caused many conservatives like Michelle Malkin, Glenn Beck, and even Minnesota Governor Tim Pawlenty to go apoplectic over what some claimed, bizarrely, was an attempt at indoctrination. As it turned out, the speech a fairly innocuous address that basically just encouraged kids to do their best. Of course, that still caused some people to consider it the outrage of the day.

Well, they better brush off their old arguments, because the President will be making another speech to school children on September 14th:

The White House said Wednesday the vacationing president will make his remarks on Sept. 14 at a time and place to be announced.

The White House says the president wants to speak directly to students as they resume their fall studies. And he wants to encourage them to “study hard, stay in school and take responsibility for their education.”

Last year, the president told students in a speech from Arlington, Va., that each of them had something they were good at, and something to offer the country.

Since I’m sure the outrage machine will latch on to this one at some point, let me just provide everyone with the talking points courtesy of Michelle Malkin’s post about this from last year:

“ABC” stands for All Barack’s Children. On September 8, young students across the country will be watching television. Yes, they’ll be parked in front of the boob tube and computer screens watching President Obama’s address on education.

Instead of practicing cursive, reviewing multiplication tables, diagramming sentences, or learning something concrete, America’s kids will be lectured about the importance of learning. And then the schoolchildren, from pre-kindergarten through 12th grade, will be exhorted to Do Something — other than sit in their seats and receive academic instruction, that is.

Education Secretary Arne Duncan dispatched letters to principals nationwide boasting that “This is the first time an American president has spoken directly to the nation’s school children about persisting and succeeding in school.” But the goal is not merely morale-boosting. According to White House event-related guides developed by the U.S. Department of Education’s Teaching Fellows, grade-school students will be told to “listen to the speech” and “could think about the following:”

Of course since the actual speech last year turned out to be much ado about nothing maybe the “all panic all the time” crowd will leave this alone.

Yea, I’m not optimistic about that one either, but I’ll be pleasantly surprised if it happens 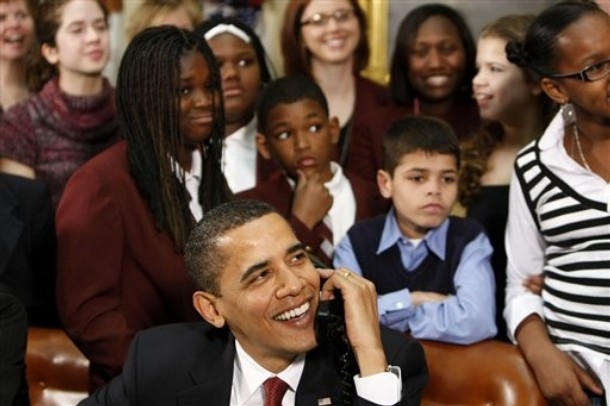