U.S. President Barack Obama faces the media as he addresses his first news conference as president in the East Room of the White House in Washington, February 9, 2009.

In his first weeks in office, President Barack Obama shut down his predecessor’s system for reviewing regulations, realigned and expanded two key White House policymaking bodies and extended economic sanctions against parties to the conflict in the African nation of Cote D’Ivoire.

Despite the intense scrutiny a president gets just after the inauguration, Obama managed to take all these actions with nary a mention from the White House press corps.

The moves escaped notice because they were never announced by the White House Press Office and were never placed on the White House web site. They came to light only because the official paperwork was transmitted to the Federal Register, a dense daily compendium of regulatory actions and other formal notices prepared by the National Archives. They were published there several days after the fact.

Gernstein sees a mini scandal here: “Such notices were routinely released by the White House press office during prior administrations — making their omission all the more unusual given Obama’s oft-repeated pledges of openness.”

But isn’t the real scandal a White House press corps whose apparent sole means of reportage is waiting around for the administration to feed them scraps?  It’s one thing for amateur bloggers with day jobs to do that but aren’t professional journalists supposed to wear out shoe leather, make phone calls, and otherwise, you know, engage in reporting? 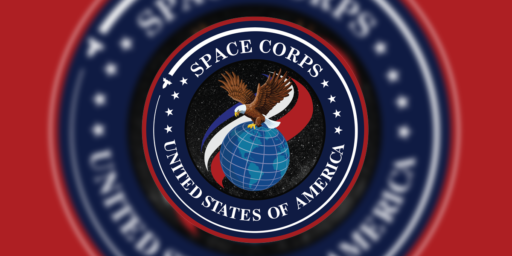