PRO WAR RALLY: Who knew? hundreds rally in New York City in support of war. The piece notes that this rally was much smaller than the anti-war rallies of recent days. But, of course, most people won’t rally in favor of the status quo. Not to mention:

“They’ve got a 40-year head start on us,” said Raoul Deming, an activist with the conservative group Free Republic. “They’ve been doing this since the ’60s.” 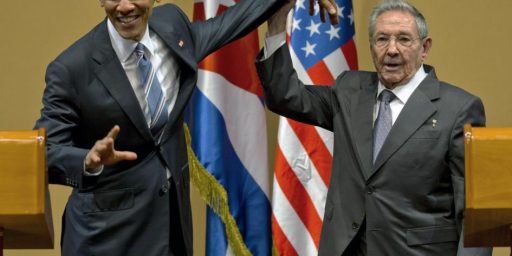 Netroots and the Activist Class War