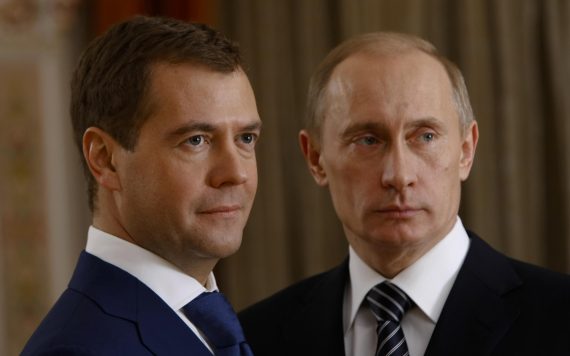 “The resolution is defective and flawed,” Putin told workers at a Russian ballistic missile factory. “It allows everything. It resembles medieval calls for crusades.”

Mr Medvedev said such comments could “lead to a clash of civilisations”.

The UN resolution, which Russia abstained from voting on, authorised military action in Libya to protect civilians from pro-Gaddafi forces.

Mr Medvedev told Russian news agencies: “Under no circumstances is it acceptable to use expressions which essentially lead to a clash of civilisations, such as ‘crusade’ and so on.

“It is unacceptable. Otherwise, everything may end up much worse compared to what’s going on now.”

There are, of course, two ways to take this. One way is  to see it for what it seems to be, a public rebuke by Medvedev of Putin. The other way to look at is Putin and Medvedev using their respective positions to allow Russia to speak out of both sides of its mouth.