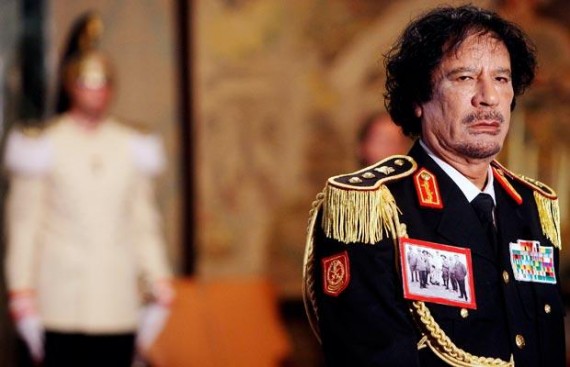 We have been hurt more morally that physically because of what had happened against us in both deeds and words by you. Despite all this you will always remain our son whatever happened. We still pray that you continue to be president of the U.S.A. We Endeavour and hope that you will gain victory in the new election campaigne. You are a man who has enough courage to annul a wrong and mistaken action. I am sure that you are able to shoulder the responsibility for that. Enough evidence is available, Bearing in mind that you are the president of the strongest power in the world nowadays, and since Nato is waging an unjust war against a small people of a developing country. This country had already been subjected to embargo and sanctions, furthermore it also suffered a direct military armed aggression during Reagan’s time. This country is Libya. Hence, to serving world peace … Friendship between our peoples … and for the sake of economic, and security cooperation against terror, you are in a position to keep Nato off the Libyan affair for good.

As you know too well democracy and building of civil society cannot be achieved by means of missiles and aircraft, or by backing armed member of AlQuaeda in Benghazi.

You _ yourself _ said on many occasions, one of them in the UN General Assembly, I was witness to that personally, that America is not responsible for the security of other peoples. That America helps only. This is the right logic.

Our dear son, Excellency, Baraka Hussein Abu oumama, your intervention is the name of the U.S.A. is a must, so that Nato would withdraw finally from the Libyan affair. Libya should be left to Libyans within the African union frame. The problem now stands as follows:-

1. There is Nato intervention politically as well as military.

2. Terror conducted by AlQaueda gangs that have been armed in some cities, and by force refused to allow people to go back to their normal life, and carry on with exercising their social people’s power as usual.

Leader of the Revolution

Well, at least now we know how to spell his name.