Quote Of The Day: Sarah Palin “Get Out The Vote” Edition

I’m just a blogger, but it strikes me that this isn’t exactly the most inspiring GOTV message: 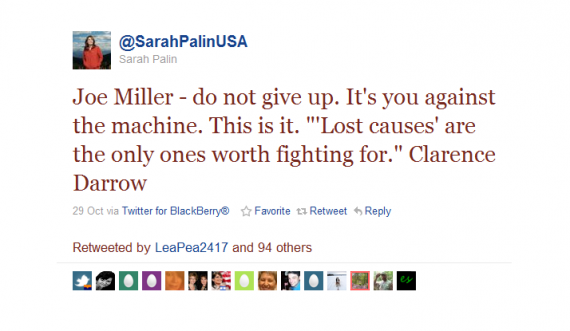 Referring to someone’s campaign as a “Lost Cause” doesn’t exactly inspire confidence. And it’s amusing that Sarah quoted the guy who argued the pro-evolution side in the Scopes Monkey Trial.