The Internet is a weird place. 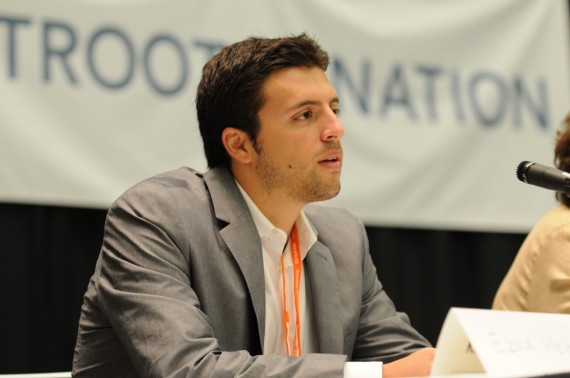 When an article with the headline “The Implicit Racism of Ezra Klein” crossed my Twitter stream, I was naturally drawn to click through. I’ve been reading Ezra going on a decade now and, while I have some objections to his work from time to time, racism, implicit or otherwise, has never been evident to me.

Similarly, if you look at the prevalence of murderers vs. black population on a state-by-state basis, you find a strong correlation between the two.

So . . . Klein is being racist, at least implicitly, by ignoring race and lumping blacks in with regular Americans? Why, if I didn’t know better, I’d say that notion is—how do I put this?—racist.

Now, as it turns out, the author, a geoff, is taking a page out of the Rush Limbaugh handbook and attempting to illustrate absurdity by being absurd.

Of course, that’s not a fair characterization – not at all. There’s certainly a big problem, but making a statement like “Blacks are the most violent race” is not justified or productive.

And that’s exactly the sort of statement that Klein made about the South and the United States. By slapping some lame statistics on the web with no context or data-mining, he’s smeared them with a sloppy and unfair characterization.

And when you conduct your research like that, it’s easy to be a racist.

Since I’m not sure what they hell he’s trying to get across here, for all I know that’s a very trenchant point. But I’m a mite skeptical.

Geoff doesn’t actually explain what’s wrong with the notion that Americans, and particularly Southerners, have an unusually high propensity for violent crime. This is as close as we get:

[Y]ou’re undoubtedly wondering why he picked deaths to indicate violence, rather than number of assaults. You may also be wondering why he picked victims instead of offenders. Finally you may wonder, after reading through his posts, why he found it difficult to break out deaths due to firearms from all assault deaths, when the data is readily available via the FBI.

Now, I’m open to an argument for measuring violence in a way other than counting fatalities from violent crime. But it’s not intrinsically obvious to me why that’s a bad measure. To the extent violent crime is a bad thing, surely the “people often wind up dead” thing plays some part in that. Personally, I’m more opposed to the sort of violence in which people wind up dead than the sort where they just walk away with their feelings hurt. And, by the same token, victims count for something. The fact that 20 little kids were murdered at Sandy Hook is a more meaningful statistic than the fact that there was only one shooter.

And I’m not sure why you’d single out gun deaths from non-gun deaths if you’re measuring violent deaths. If you’re arguing that guns are the problem to be solved, sure.