LA Times has an excellent collection of Ronald Reagan photographs, divided into eras in his life. What’s particularly interesting to me is the ones from after he left office, since one so seldom sees those.

Note: The photo archives are linked in the sidebar of the story above. I’ve been unable to figure out the direct link to the galleries, although I can link each individual picture. The pictures below are on my own server space, with the captions and attributions taken exactly from the LA Times gallery. 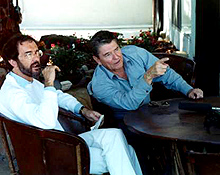 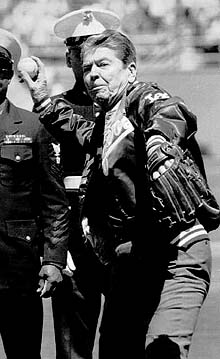 Reagan throws out the first pitch at the Los Angeles Dodgers’ home opener against San Diego Padres on April 12, 1991. (UPI) 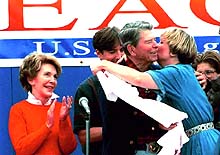 Nancy watches as Maureen kisses her father during a campaign rally May 1, 1992, in Redondo Beach for Maureen’s run for Congress. (AP) 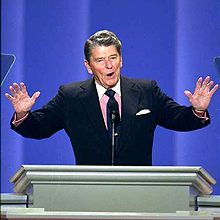 Reagan speaks at the Republican National Convention in Houston on Aug. 17, 1992. (AP) 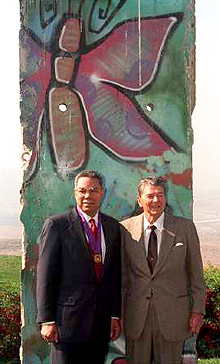 A piece of the Berlin Wall is the backdrop for Reagan and his former national security adviser, Colin Powell, in 1993. (FRANCINE ORR / Los Angeles Times) 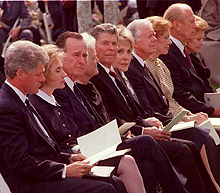 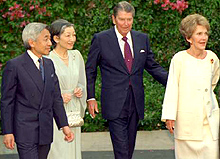 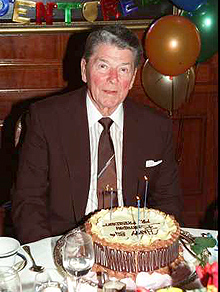 Reagan celebrates his 84th birthday at a private party in 1995. (AP) 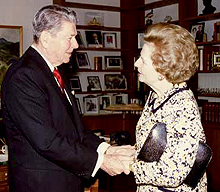 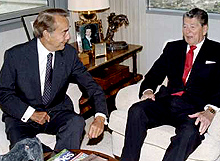 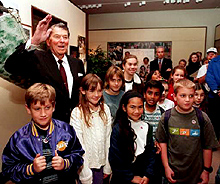 The former president visits with schoolchildren at the Ronald W. Reagan Presidential Library in Simi Valley in 1997. (File photo) 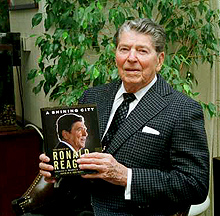