Reverse Elena Kagan: Too Much Information The Atlantic‘s Chris Good points out that, while some are grumbling over Elena Kagan’s lack of a paper trail, the far more common problem in the digital age is that most public intellectuals have so much information out there that it’s virtually impossible to corral it all.

The last major judicial nominee reported out by the Judiciary Committee, Ninth Circuit nominee Goodwin Liu, included links to YouTube videos of lectures and talks he gave, along with 573 pages of public writings, new articles about him, syllabi from courses he taught, statements about legal issues, etc. Liu searched 36 websites, including the ACLU of Northern California and Yale Law School, for any mentions of himself.

Imagine what will happen a few years down the road, when nominations are given to people who have used things like Facebook and Twitter before they even considered jobs on the Supreme Court. All that will be fair game, and probably demanded by the Senate Judiciary Committee, which could mean thousands of pages for nominees to compile, and for staff and members to review.

Back in November 2008, when the 63 question vetting document required for applicants for jobs in the Obama administration came to light, I noted that “this arduous application process will have the virtue of cutting the number of applicants who the transition staff will need to screen by two-thirds. Unless you’ve got an excellent shot at an appointment, this is an awful lot of work to go through” but that “At some point, this sort of scrutiny will make it impossible to find good people to take these jobs.”

It occurred to me, too, that it would preclude someone like myself, who has been writing daily about public policy for years, from applying. I’ve made 20,347 posts on OTB alone!

Liu was apparently undaunted but, as Mistermix points out, even though he exhaustively documented his virtual appearances he’s already had to file four amendments listing “scores” of brown bag lunches, alumni gatherings, and others that he’d forgotten about.   And he’s now coming under fire from Republicans like Jeff Sessions for his “unwillingness to take seriously his obligation to complete these basic forms.”

Unfortunately, we have a confluence of conflicting developments.  First, the politically charged atmosphere has made thorough vetting more important than ever.  Second, new technologies have made it much easier to unearth embarrassing quotes that no one would have ever found in past years.  Third, other new technologies have made it possible — even likely — for people who think for a living to produce public utterances at a prodigious rate not previously possible. 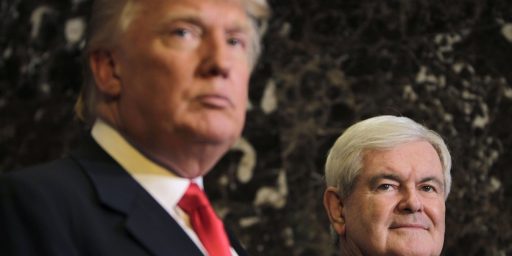