The New York Times is out today with yet another round of revelations of instances in with Connecticut Senate candidate Richard Blumenthal lied about serving in Vietnam:

Broader newspaper archival searches continue to turn up instances in which Attorney General Richard Blumenthal of Connecticut portrayed himself as a Vietnam War veteran even though he did not serve in the war.

The most recent article unearthed is one published in The Milford Mirror, a weekly, describing an appearance he made at a May 2007 Memorial Day Parade in Milford, Conn., attended by local officials, military people and the relatives of a local man killed while serving in Iraq.

As people gathered around a bandstand to give praise to fallen veterans, the article said, Mr. Blumenthal recalled his days during the Vietnam War.

“In Vietnam,” Mr. Blumenthal said, according to the article, “we had to endure taunts and insults, and no one said, ‘Welcome home.’ I say welcome home.”

The disclosure of the Milford episode comes days after The New York Times reported that Mr. Blumenthal, who is running for the United States, had falsely claimed that he had served in Vietnam, and had failed to correct reports in the news media that perpetuated the claim.

In one instance, according to The Times, Mr. Blumenthal told a Norwalk audience in 2008, “We have learned something important since the days that I served in Vietnam.”

The article also described his attendance at a rally in Bridgeport, where about 100 military families gathered to express support for American troops overseas. “When we returned, we saw nothing like this,” he said. “Let us do better by this generation of men and women.”

The Times also reported that he received five deferments that allowed him to avoid the war and, among other things, travel abroad to study and work in the White House. He joined the Marine Corps Reserve, a place considered a haven from the war, in early 1970, when deferments had come under review by the Nixon administration.

Blumenthal is scheduled to speak today before the Connecticut Democratic Party’s convention where he will be formally nominated as the pary’s Senate nominee. There doesn’t seem to be any serious challenge to his candidacy and little question inside the party about whether or not he should be the nominee given the revelations this week. Connecticut Democrats are surely aware of the risk that they’re taking, though, especially since it seems very likely that reporters are going to uncover even more instances when Blumenthal falsely claimed a military honor he never earned. 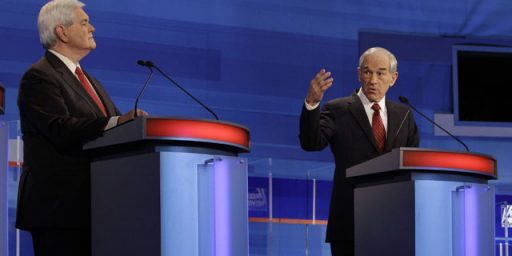