Rick Moran is noticing an odd pattern in political discourse.

Rick Moran is mad as hell and isn’t going to take it any more.  Well, at least not for a few days.

Why’s he so mad?  Well, apparently, he’s been reading on the Internets and the Twitters:

Jesus lord God I get nauseated reading this crap. And in my two jobs, I have to read it all the time. Comments, articles, emails – it never stops. Conspiracies, falsehoods, batshit crazy observations, wildly off base dot connecting, Cloward-Piven, Rules for Radicals — a never ending flood of idiocy, illogic, unreasoning hatred, and just plain ignorance from people who tell me I am insufficiently passionate in my opposition to Obama and the liberals and am therefore on their side.

It’s like the previous 8 years of putting up with the exact same crap from liberals about George Bush never happened.

Thankfully, my reaction to this is bemusement rather than nausea. 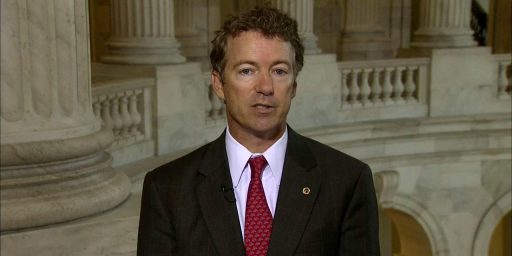