Texas Governor Rick Perry got lousy grades as an undergrad at Texas A&M. Does it matter? 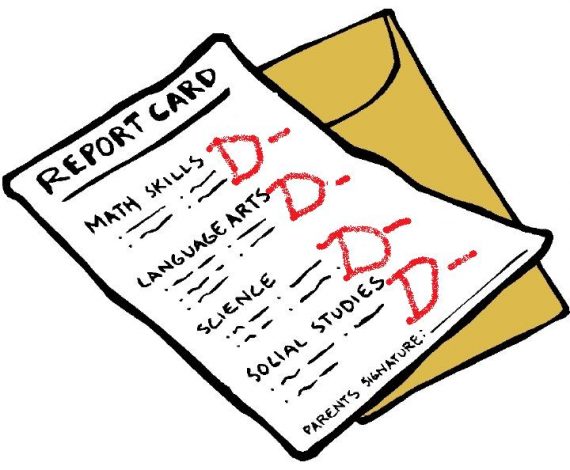 Texas Governor Rick Perry got lousy grades as an undergrad at Texas A&M. Does it matter?

A source in Texas passed The Huffington Post Perry’s transcripts from his years at Texas A&M University. The future politician did not distinguish himself much in the classroom. While he later became a student leader, he had to get out of academic probation to do so. He rarely earned anything above a C in his courses — earning a C in U.S. History, a D in Shakespeare, and a D in the principles of economics. Perry got a C in gym.

Perry also did poorly on classes within his animal science major. In fall semester 1970, he received a D in veterinary anatomy, a F in a second course on organic chemistry and a C in animal breeding. He did get an A in world military systems and “Improv. of Learning” — his only two As while at A&M.

“A&M wasn’t exactly Harvard on the Brazos River,” recalled a Perry classmate in an interview with The Huffington Post. “This was not the brightest guy around. We always kind of laughed. He was always kind of a joke.”

I value higher education more than most. After a rough start at West Point, where I mismanaged the transition and prioritized academics last, I recovered to make outstanding grades the rest of my academic career. I never got less than an “A” in a political science class–undergrad, master’s, or PhD.

Rick Perry, on the other hand, has been governor of the second biggest state in the Republic for more than a decade, having been re-elected three times. Previously, he was a very effective state legislator, agriculture commissioner, and lieutenant governor.

I’m reminded of Ronald Reagan’s joke to graduating classes about his own mediocre performance at Eureka College, having focused most of his attention on football and girls: “I’ve often wondered how far I could have gone had I put my studies first.”

Similarly, I’m constantly bemused when people defend politicians against charges that they’re not very smart by pointing to long-ago academic achievements. At some point, George W. Bush’s Harvard MBA and Barack Obama’s presidency of the Harvard Law Review become background story, in that we have other things to judge them by.

If you think Rick Perry is an ignoramus, surely you can find examples from the three decades since he was an Aggie?